Home > News > May gives go ahead for ‘gig’ economy reforms

May gives go ahead for ‘gig’ economy reforms

Prime Minister Theresa May has backed reforms to employment law based on Matthew Taylor’s review into the so-called “gig” economy. 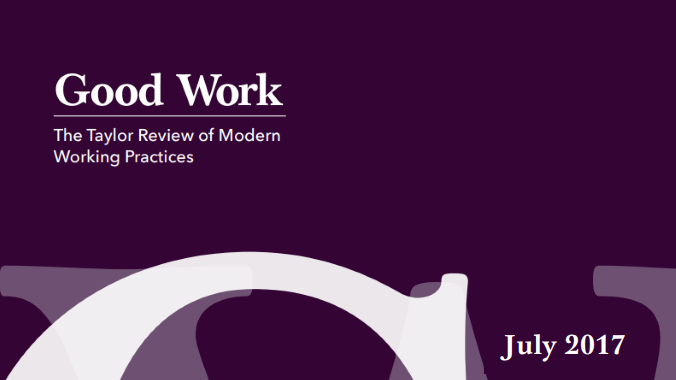 The Guardian has reported that the government plans to:

As the Institute of Employment Rights highlighted in our analysis of the Taylor Review, these reforms will do little to help vulnerable workers.

Employers will still be able to:

All in all, the legislation proposed (or “considered”, as the case may be), provides a small amount of welcome protection for agency workers, but not much else of substance. And it does not speak to Matthew Taylor’s well publicised objective in his review, which was to give workers a voice.

The Institute of Employment Rights recommends that the government place more power in the hands of exploited workers to help them respond to injustices and exploitation in the workplace.

An independent Labour Inspectorate with a much broader remit than the HMRC, Gangmasters Licensing Authority and Employment Agency Standards Inspectorate currently have, including powers to enter workplaces to confirm compliance with labour law and to resolve – or refer to Labour Courts – breaches to the law;