Shadow Health Secretary, Angela Rayner, has urged Boris Johnson to get on with his plan to save social care. 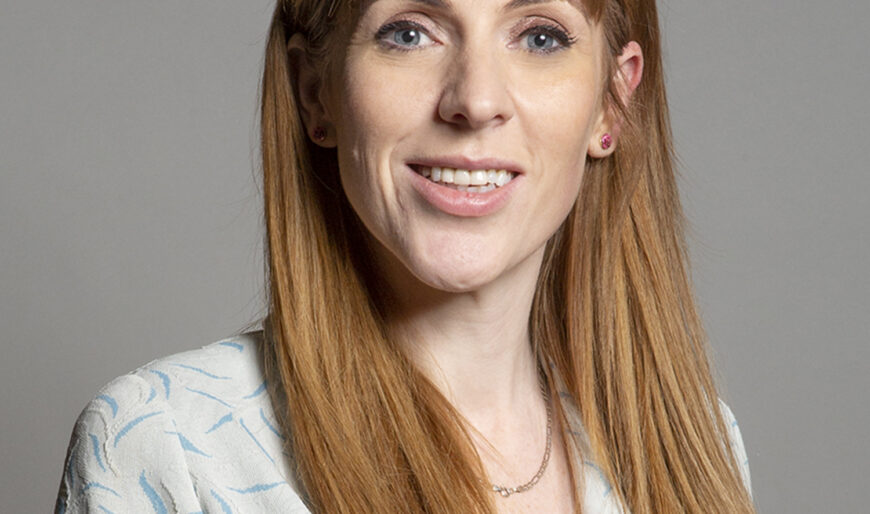 Labour’s Deputy Leader, Angela Rayner, has called for all care workers in the UK to be paid a real living wage – currently calculated to be around £10 per hour.

There are over a million workers in social care and the importance of their jobs has been brought to the forefront of public consciousness due to their essential contribution to the fight against Coronavirus.

However, half do not earn a living wage – defined as the amount needed to cover the basic costs of living. In fact, the average care worker does not even receive the National Living Wage – the minimum rate for adults aged 25 or over. The average care worker is paid just £8.10 per hour compared with £8.72 per hour on the National Living Wage. A huge proportion are employed on insecure terms, such as zero-hour contracts.

Rayner accused Boris Johnson of offering nothing but “warm words” to this section of the workforce.

“Prime minister, I’m afraid that applause, empty gestures and pats on the back don’t pay the rent, keep the lights on or put food on the table,” she wrote in the Guardian.

“Tory ministers have fallen over themselves to clap for our carers and salute their sacrifices but their understanding is skin deep at best, as their immigration bill dismissing care workers as ‘low-skilled’ and unwelcome just went to show.”

In a statement released on Friday, Rayner called for concerted action over care: “On his first day in office the prime minister promised to fix the crisis in social care with a plan he said he had already prepared. Now it turns out that it won’t be published until next year.

“He must publish his plan to fix the crisis in social care without any more delays, and that plan must guarantee all care workers are paid at least the real living wage.”

On the current wages situation, Rayner said that if this was wrong before the coronavirus pandemic, “now it is unconscionable”.

She said: “We can’t clap our key workers and then abandon them. We can’t go back to business as usual, where the very same people who have helped to get our country through this crisis are still underpaid and undervalued.”

Labour is also demanding that all care staff get the right to proper sick pay. In her Guardian article, Rayner said those without sick pay could be “left in an appalling position, forced to choose between going to work and putting vulnerable people at risk, or doing the right thing, isolating at home and not being able to pay the bills”.

She wrote: “Nobody should be put in that position, least of all social care staff who have sacrificed so much throughout this pandemic. When I listen to care workers telling me they are working themselves into the ground for a wage that they can barely survive on, I know how it feels because I have walked in their shoes.

“I am proud that before I became a member of parliament I was a home care worker, working back-breaking shifts on poverty pay and a zero-hours contact. But I’m proud of the work that I did caring for those who needed it. It made me who I am today and it means that when I stand up in parliament I know who I’m standing up for. I know whose side I’m on.”

Since you’re here …
… we have a small favour to ask. You’ve read 101 articles in the last year. And you’re not alone; millions are flocking to the Guardian for quality news every day. We believe everyone deserves access to factual information, and analysis that has authority and integrity. That’s why, unlike many others, we made a choice: to keep Guardian reporting open for all, regardless of where they live or what they can afford to pay.

As an open, independent news organisation we investigate, interrogate and expose the actions of those in power, without fear. With no shareholders or billionaire owner, our journalism is free from political and commercial bias – this makes us different. We can give a voice to the oppressed and neglected, and stand in solidarity with those who are calling for a fairer future. With your help we can make a difference.

We’re determined to provide journalism that helps each of us better understand the world, and take actions that challenge, unite, and inspire change – in times of crisis and beyond. Our work would not be possible without our readers, who now support our work from 180 countries around the world.

Every reader contribution, however big or small, is so valuable for our future. Support the Guardian from as little as £1 – and it only takes a minute. Thank you.