Talks from lawyers, academics and campaigners on updates to various aspects of public services and employment law. 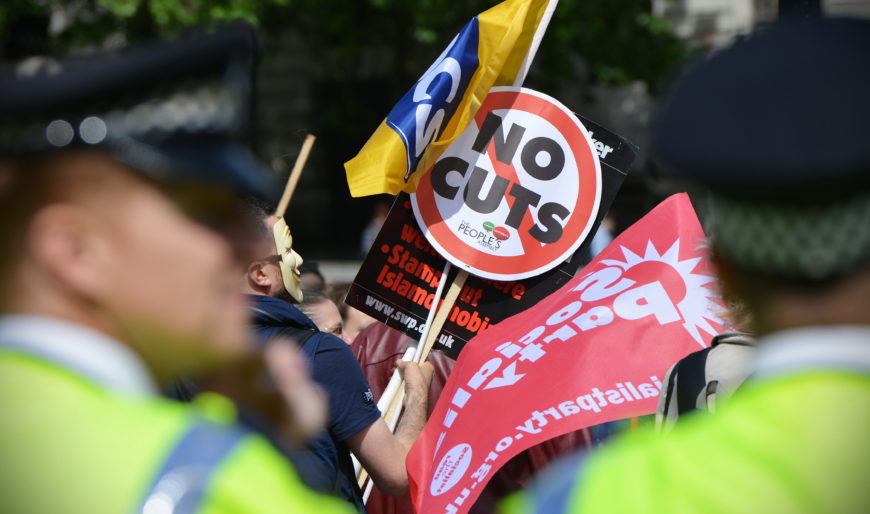 Once again the IER organised an extremely timely conference on a subject matter very much in the news and up for debate. Carolyn Jones opened the day by congratulating the NUT on its industrial action and showed her dismay at the education minister for lying about the dispute on the news that morning. She used her introduction to talk about the IER’s new publication A Manifesto for Labour Law: towards a comprehensive revision of workers’ rights. And rightly so, because this is an important document that needs to be supported by the whole trade union movement.

The first speaker was Neil Todd from Thompsons who gave a detailed account of the Trade Union Act.

Although the Act has been given royal ascent, no commencement dates have been announced as yet. One issue to watch is the definition of ‘important’ public services, the details of which will be set out in a statutory instrument. As the Chair reminded delegates, in February 2016 the ILO told the UK to adjust its proposals, saying that neither education nor transport are deemed “essential services” under international definitions. So, if the government ignores that warning, we can expect legal challenges from unions representing those workers.

Also it throws up the question of ballot thresholds. If a union ballots a group of workers, some of whom are considered ‘important’ workers and some of whom are not, then how will this affect the outcome?

The next speaker Craig Peel was also from Thompsons and provided a case study on a home care worker who claimed that she was not being paid the minimum wage. The case became centered round the information available to the worker for the purpose of calculating their wages and whether travelling time counts towards it.

The case became embroiled in the employer not disclosing time sheets that eventually ended at tribunal level. They did, however, disclose that over a six year period they had underpaid her by £71. The case was eventually settled, with the client compensated by nearly £4,000.

Lydia Hayes from Cardiff University started by explaining that home care work is now predominantly within the private sector (97% in England) and that the state had created an unregulated market, which has led to a group of vulnerable workers.

This starts with the law. Traditionally, employment rights have deemed “men’s” work to be more important. The man is seen as the breadwinner. It also has a problem with distinguishing between work and care.

She then furnished us with some facts about home care work that puts it in the bracket of precarious employment, including that important employment rights can be lost to care workers, including the right to claim unfair dismissal, TUPE (because of fragmentation in the sector), and rights to minimum wage (as illustrated by Craig Peel’s case study).

Noel Hulse, a full-time official for the NUT, spoke about the contradictions between the government’s spending in ‘real terms’ and the Institute of Fiscal Studies, which estimates that education has suffered an 8% cut.

He criticised the use of money to create free schools and the government’s obsession with academies. He explained that 6th form colleges are converting to academies to avoid paying VAT, but they can’t give that as a reason for academisation.

Although academies are supposed to be non-profit making organisations, there is no shortage of volunteers to run them, because there are lots of ways of making a profit from contracting services and exam fees.

Noel finished by giving NUT’s alternative narrative on education and how the union is responding by increasing their focus on the workplace, empowering members and reps, and engaging with the community.

The last speaker was Lynn Collins the North West Regional Secretary of the TUC, who gave us an excellent presentation on the challenges for devolution.

She advocated that devolution should be considered within the context of austerity, quoting her West Midlands’ counterpart, who said: ‘The only people who actually want mayors are people who want to be mayors.’

Lynn then outlined the threats and challenges that devolution poses trade unions, but also suggested some opportunities.

She finished with sharing some comments from different people on the process, which you can read in her presentation on this website.

Thanks again to the Institute for another excellent stimulating conference!