Protest At Your Own Peril

Assistant Secretary of the Campaign for Trade Union Freedom 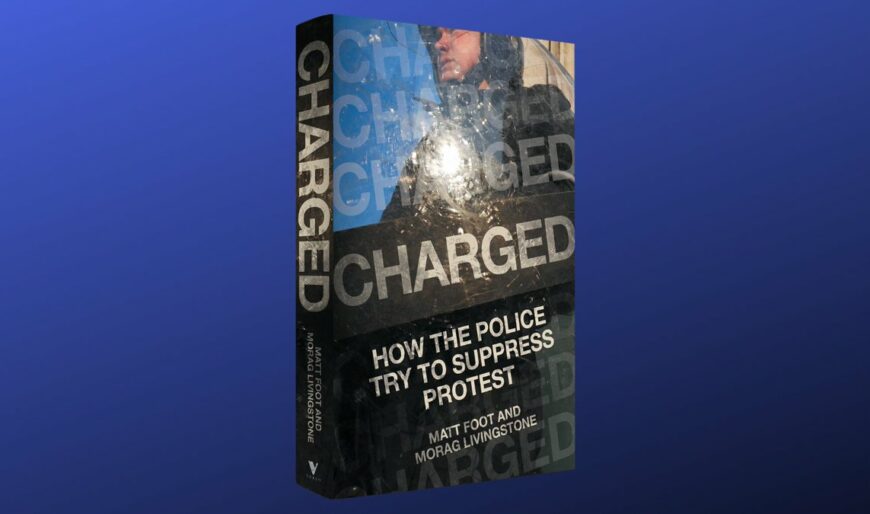 The odious current Home Secretary, Priti Patel, is widely despised and derided for her attempts to order the pushing back to sea of refugees and for presiding over the increase of the powers of the state over public protest with the introduction of the Police, Crime, Sentencing & Courts Act 2022 followed in short order by the Public Order Bill.

What Foot and Livingstone are able to demonstrate is that it was the apparently more genial Conservative Home Secretary in the early 1980s, Willie Whitelaw, who in fact set in train the shift in policing of public protest to a paramilitary style, learnt not in Belfast or Derry but from colonial policing in Hong Kong.

This new style was secretly published with very limited distribution as the Public Order Manual of Tactical Operations and Related Matters.

At this time – the advent of the neo-liberal era – the first of the Thatcher anti-union laws were introduced more or less straight away after the 1979 General Election in 1980, which were added to very considerably by a further Employment Act in 1982 by the notorious Norman Tebbit.

It was the creation of a plethora of civil wrongs that no union intent on winning a dispute could reasonably comply with, particularly limiting picketing to “at or near place of work,” coupled with the secret adoption of the new colonial style of policing that led to the NGA union (now part of Unite) being comprehensively beaten, in the courts and on the streets, in its dispute with Eddie Shah at the Stockport Messenger in 1983.

From that point forward the twin track approach of what could be called lawfare and warfare has put the unions in Britain mainly on the defensive with further demoralising defeats in the 1980s for the miners and, the print workers (again) at Wapping.

This was no accident, it clearly came about by design, as discussed in great detail in this book.

As used against the print workers and miners lawfare and warfare is a strategy to demobilise and debilitate organised labour which may have been expected to be in the vanguard of resistance to neo-liberalism.

In the 1980s this new style policing was not only deployed in cases where labour represented a direct threat to capital – it was shockingly also used against a hippy convoy in 1985.

The hippies were intent on holding a free festival at Stonehenge; the police, acting at the behest of the Wiltshire county set and the farming lobby, were determined to prevent an assembly at the monument which they did with extreme violence.

Lifestyle as well as industrial politics was now considered fair game as rave culture was to discover in subsequent years.

As the 80s gave way to the 90s the police were using, refining and redefining the tactics set out in their secret protocol, for example, the Poll Tax disturbances in Trafalgar Square in 1990, the anti BNP demonstration in Welling in 1993 and, the anti Criminal Justice Bill protests in Hyde Park of 1994.

Foot and Livingstone show without a shadow of doubt that the suppression of protest over the past 40 years is essentially a strategic choice made by the elite in the neo-liberal era.

Should Labour ever win a future General Election what could we expect? With the right of the Party now in control, our experience of the Blair and Brown premierships may be our guide.

In the 1990s, Blair promised and delivered very modest reform of labour and trade union rights; crucially most of the anti-union laws of the Thatcher and Major period were left intact, including the restrictions on effective picketing.

Welcome though Labour’s Green Paper A New Deal for Working People is these proposals will not deal with this essential issue.

Nor did Blair seek to undo any of the draconian public order offences introduced under Thatcher and Major, in fact his Government increased them.

Veteran of those years, Shadow Home Secretary Yvette Cooper MP, in the debate surrounding Patel’s recent raft of legislation has of course highlighted misogyny in the police but continues to argue “I strongly believe in the British model of policing by consent, we should be proud of it.”

Foot and Livingstone more than clearly show that the idea of “policing by consent” has been a dead letter for the past 40 years.

The reality, particularly for workers in dispute and for many others as well, is one of the police secretly evolving into a paramilitary gendarmerie.

First published in the Morning Star on Monday 6th June 2022

Adrian Weir has a background in the engineering industry in Southampton where he was an AUEW lay representative (shop steward/safety... Read more »