New research has revealed zero-hour contracts are just the tip of the iceberg when it comes to job insecurity. 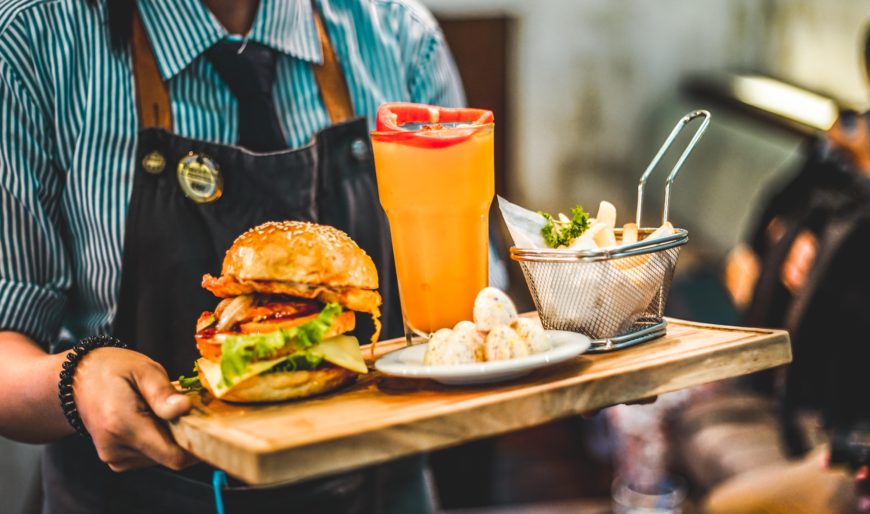 The coronavirus pandemic has highlighted the insecurity of work for many people. It has also revealed that inequality is rife in Britain. There are those who have good jobs which are well-paid, secure, and fulfilling, and there are those who work in low-paid and insecure jobs located in the service and care sectors. For example, there are around two million employees who do not earn enough to claim statutory sick pay – many of these are women – and five million of the workforce are self-employed who do not qualify on grounds of their employment status. These workers include taxi drivers, despatch riders, care workers and contract cleaners working for the likes of Uber, Deliveroo and ISS. Therefore, many face the prospect of having no income at all if they take time off work either because they are sick with coronavirus or because they are self-isolating.

Yet access to statutory sick pay is only one aspect of labour market insecurity. There are others such as the growth of zero-hours contracts (ZHCs), the increase in levels of underemployment and the rise of the gig economy. They, too, have been the focus of sustained media attention, even before coronavirus. For example, ZHCs rarely featured in newspaper articles or internet searches prior to 2013, but since then they have been the source of regular commentary. ZHCs have also prompted interest from government about ways of mitigating some of their worst effects.

However, research carried out by a Cardiff-led team of researchers suggests that ZHCs are the tip of the insecurity iceberg. The results are based on a large scale survey of working lives in Britain. It asked 2,882 employees about their actual experience of working hours being cut with little warning and their anxiety about unexpected changes being made to their hours of work. This goes further than identifying those whose hours of work are not guaranteed or what are referred to as zero-hours contracts.

The survey captured employees’ actual experience of cuts to working hours by asking employees: ‘Does your employer ever reduce your weekly hours of work at short notice?’. To derive a national estimate, the percentage saying ‘yes’ is multiplied by the number of employees living in Britain aged 20-65 years. Measured in these terms, 4.9% of employees – or 1.2 million people – have experienced cuts to their weekly working hours at short notice. This is double the number of 640,000 employees who are employed on a ZHC and are of a similar age. This represents 2.6% of the employee population or around one in forty jobs.

The survey also asked how anxious employees were about ‘unexpected changes to my hours of work’ – this could be movements up or down in the number of hours worked and/or changes to when work is carried out. Respondents were offered four options: ‘very anxious’, ‘fairly anxious’, ‘not very anxious’ and ‘not anxious at all’. Our narrow measure takes those who reported feeling very anxious about unexpected changes to hours of work, while our broad measure includes those feeling very or fairly anxious. Based on this evidence, there are about three times as many employees (7.0% or 1.7 million people) who are acutely anxious about unexpected changes to hours of work than there are employees engaged on a ZHC. The proportion and numbers reporting mild to acute anxiety levels are higher still (25.1% or 6.2 million people). Taken together these estimates have been recognised by the UK government as providing ‘a benchmark estimate of the scale of the issue’.

The fear is that one of the economic consequences of the coronavirus is that this anxiety becomes a grim reality for many more workers, many of whom also occupy jobs which are least rewarding, the most intense and offer poorer support.

The research also shows that insecurity over working hours is a feature of a wider range of jobs and is reported by a wider spectrum of people than a narrow focus on ZHCs implies. It confirms, for example, that ZHCs are strongly related to age – with the young and old significantly more likely to be engaged on such contracts holding other things constant. By contrast, experience of cuts to working hours and anxiety about changes to work schedules are reported more or less equally across all age groups. The odds of being on a ZHC, for example, are 1.7 times higher for those in their twenties or sixties than for those in their forties. However, the odds of experiencing or feeling anxious about changes to work schedules do not vary significantly by age.

After taking into account differences in employee characteristics, the research shows that those on ZHCs as well as those who experience cuts to working hours are significantly more likely to be low paid. However, raw differences in their hourly pay can be explained by demographic and socio-economic factors. This suggests that ZHC workers and those subjected to cuts to hours of work at short notice are clustered towards the bottom of the pay hierarchy. On the other hand, those whose jobs make them anxious about unexpected changes to hours of work are paid 4-5% less than otherwise identical individuals, but they are unlikely to be classified as lowly paid. This suggests that anxiety about changes to work schedules is spread more evenly across the pay distribution.

Those working insecure hours also tend to occupy jobs that are poorer in other ways too with higher work intensity, greater threat of dismissal, higher risk of job loss, and less in-work and out-of-work support. In addition, the job-related well-being of such employees tends to be lower and their organisational commitment weaker.

These results are based on a survey that was carried out in 2017. At that time, a quarter of employees were fairly or very anxious that their hours of work might be changed unexpectedly. The fear is that one of the economic consequences of the coronavirus is that this anxiety becomes a grim reality for many more workers, many of whom also occupy jobs which are least rewarding, the most intense and offer poorer support. The least well off, then, may once again shoulder more of the burden with working hours cut and pay packets reduced.

The article is available on an Open Access basis: Felstead, A, Gallie, D, Green, F and Henseke, G (2020) ‘Unpredictable times: the extent, characteristics and correlates of insecure hours of work in Britain’, Industrial Relations Journal, 51(1-2): 34-57.