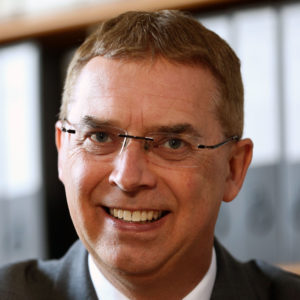 Professor Alan Felstead has degrees from the University of Cambridge, the University of Warwick and Imperial College, University of London. He has held positions at Nuffield College, University of Oxford and the University of Leicester. Since 2006 he has been a Research Professor at Cardiff School of Social Sciences, Cardiff University. His research focuses on: the quality of work; training, skills and learning; non-standard employment; and the spaces and places of work. Professor Felstead has completed numerous funded research projects (including 16 funded by the Economic and Social Research Council), produced seven books, and written over 220 journal articles, book chapters, research reports and discussion papers. He has generated research income of £9.3 million with grants from, for example, the ESRC, UK government departments, devolved administrations, the European Union and the European Centre for the Development of Vocational Training (CEDEFOP). He has delivered many keynote addresses to conferences around the world, including China, Singapore, South Africa, Australia and Europe, and given labour market advice to policy-makers inside and outside the UK. His latest book, Unequal Britain at Work, was published in 2015 by Oxford University Press.  According to one reveiwer the book ‘is impressive for its timespan, depth and rigour’, while for another it offers a ‘welcome’ and ‘nuanced empirical analysis … very relevant to policy debate’. His other books have also drawn praise. Improving Working as Learning, London: Routledge, 2009, won a prestigious prize from the Society for Educational Studies awarded for books in print that year. Changing Places of Work, London: Palgrave, 2005, also made an impact, with one reviewer rating it as a ‘significant book’ prompting us to ‘rediscover and rethink the socio-spatial organisation of work’. He has been Visiting Professor at the ESRC Centre for Learning and Life Chances in Knowledge Economies and Societies (LLAKES), UCL Institute of Education since 2009, he was appointed a Fellow of the Academy of the Social Sciences (FAcSS) in 2011 and a Fellow of the Learned Society of Wales (FLSW) in 2013, and is a Senior Member of the ESRC’s Peer Review College.  In 2018-2019 he sat on the Welsh Government’s Fair Work Commission as the Independent Expert Advisor and he is currently on part-time secondment to Welsh Government.