A Review of ‘The Shadow of the Mine’

Steve Davies on Huw Beyon and Ray Hudson's 'The Shadow of the Mine' (Verso, 2021) 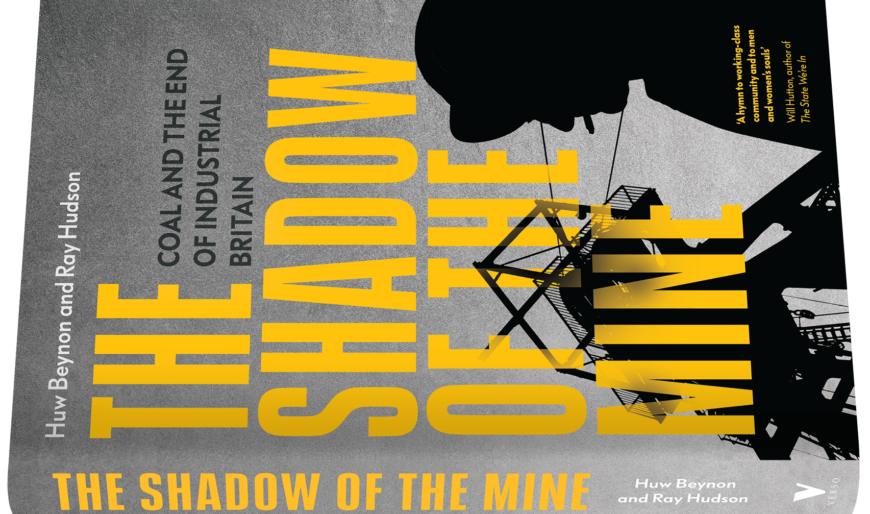 Huw Beynon and Ray Hudson’s superb book ‘The Shadow of the Mine’ is a sweeping, historical analysis of the changes in the British working class and the British economy through the prism of the men and women who built the miners’ union and mining communities in the two former coal mining areas of South Wales and Durham. My extended review of the book attempts to develop some of the several themes running through it.

The questions it raises lift it beyond a historical analysis and demand our attention today. It goes even beyond the answer to the question that they set themselves: ‘Whatever happened to the miners,’ because in answering this question, they identified a series of key issues which we, on the Left, must face.

The role of the state and, within that, what public ownership is, could be and should be, is one of them. The debates that took place within the miners’ union and their experience of the form of nationalisation introduced by the Atlee government and continued – with different emphases – under different governments until privatisation, remain crucially important to understanding what sort of economic change is in the interests of the working class. We live in a period where a Conservative mayor brings an airport into public ownership, where the MOD step in to take over Sheffield Forgemasters while the Labour leadership denounces nationalisation with Rachel Reeves declaring it would not be ‘good value for money’ and Keir Starmer stating he is ‘not in favour’ of it (despite pledging to bring utilities, rail and mail into public ownership in his leadership campaign).

The questions [the book] raises lift it beyond a historical analysis and demand our attention today. It goes even beyond the answer to the question that they set themselves: ‘Whatever happened to the miners’, because in answering this question, they identified a series of key issues which we, on the Left, must face.

This ‘deep story of a disenfranchised working class’ explains the decline of Labour’s vote and the result of the 2016 referendum in a way that the current Labour leadership seem unable to grasp. They failed to understand the growing anger and disillusionment in the former industrial areas and so were shocked by the result and then fought hard to reverse it, deepening cynicism, depoliticization and the rift with Labour – despite that rift being partially healed in 2017 with an unambiguous programme of pro-working-class reforms.

The authors show how the complete inability and, in some cases, unwillingness of government and capital to revive the former coalfield areas. The response to the failure of market ‘solutions’ to market problems was always yet another attempt to implement another market ‘solution’ which itself then failed.

The Tories have spent 40 years undoing the social democratic fabric created after the Second World War, in order to attempt to restore the rate of profit by weakening, where they could not destroy, workers self-organisation; by atomising working class communities in an effort to create a society of passive consumers rather than active citizens; and by recommodifying through privatisation those areas of the economy that had been taken out of the market through public ownership.

The story of the miners’ union itself, rooted in local communities and built against the background of economic insecurity and poverty, vicious employers, a hostile state, and harsh conditions of work is an inspirational tale of possibility.

The particular conditions and circumstances that lay behind the creation and experience of the NUM are unlikely to be repeated but there are a myriad lessons in organising to be learned. There are also important discussions to be had about what sort of unionism we need. We can all learn a great deal by going back to the lively debates within the early years of mining unionism including those around ‘The Miners Next Step’ and then the later discussions around the General Strike and what followed.

As the authors say:

The NUM has been a major force in British trade unionism. More than any other union in any other industry, it developed a political form of unionism that extended beyond the workplace into the local community and wider society.

We need to discuss how to recreate such a political form of trade unionism that is well organised and strong in the workplace and influential and active in local communities and there are important signs of the beginnings of that with the dynamism of some of the new unions like the UVW and IWGB organising precarious workers and the series of stunning victories secured by Unite since the election of Sharon Graham as general secretary.

As the late Davey Hopper, general secretary of the Durham Miners’ Association, said in 2014 (and is quoted in the book):

We have to start all over again. We have to take the union into the villages and organise social support up from the bottom in ways that can take the labour movement forward again.

You can read a longer version of Steve’s review of the Shadow of the Mine on the New Socialist website.

Steve Davies is currently researching trade union membership and ‘intergenerational spillover’ and community memory and is one of the organisers... Read more »