Why we need a Right to Food

With one in five food workers going hungry, the UK needs to institute a legal Right to Food. 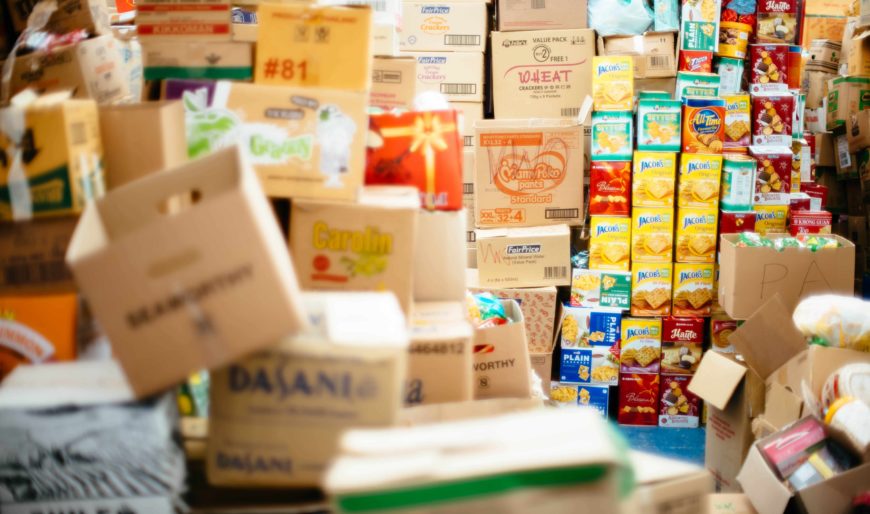 Photo by Chuttersnap on Unsplash

The government is railing against public opinion when it comes to the disrespect they are showing our nation’s key workers. Nurses, care workers, and NHS staff put themselves on the frontline throughout the pandemic to save the lives of our neighbours, our loved ones, and even our Prime Minister. The country is up in arms about the derisory 1% pay rise these workers have been offered – in real terms, yet another pay cut after a decade of pay cuts.

But there are another group of key workers struggling to make ends meet who have been all but invisible in this crisis, yet just as vital to our survival: food workers. Thousands of people have continued to travel to work, day in and day out, to make sure we have enough to eat. But they, too, are being treated abysmally. In fact, they are so poorly paid that nearly one in five of them have gone hungry during the pandemic, even as they work hard to make sure that the rest of us don’t.

As the sixth wealthiest nation in the world, we cannot continue to let our people go without food.

A new study conducted by the union I lead – BFAWU, the baker’s union – found that 19% of food workers completely ran out of food because they couldn’t afford it; two-fifths were not able to get as much food as they needed; and more than one in five had to ask for food donations, either from friends and relatives (21%) or food banks (7%).

Many of our members are on very low pay and insecure terms and conditions, like zero-hour contracts. Life is precarious for them every day of every year, and even moreso during a time of national crisis. As the sixth wealthiest nation in the world, we cannot continue to let our people go without food. That’s why we’re calling for a legal “right to food”.

At the centre of our efforts to ensure everybody can eat must be a living wage for all workers so that they are guaranteed to be able to afford the cost of living. With this, we must also have secure employment, so that no one need worry about whether or not they will get enough hours to eat this month.

These aren’t new ideas and, in fact, there is increasing public awareness of the UK’s shocking levels of food poverty after successful campaigns like that launched by Marcus Rashford into free school meals, and Liverpool’s recent move to become the first Right to Food city. Politicians, too, are taking note, with Ian Byrne and Elaine Smith working within Westminster and the Scottish Parliament to drive a Right to Food agenda.

And it doesn’t just stop at food workers. Altogether, over 10 million people in this country cannot reliably afford to eat. That gives you some idea of how rampant insecure work has become; indeed, recent TUC research showed it’s not just affecting low-paid sectors anymore, but is becoming a cultural norm. Nearly one in every five workers in elementary roles, such as shop assistants and taxi drivers are insecurely employed, as are a similar number of skilled tradespeople. In caring, leisure and other service roles are in insecure work, one in six are in insecure jobs, and so are one in 20 people in professional, administrative and secretarial positions.

If this can happen under the current framework of workers’ rights then it is proof that employment protections have completely failed in the UK.

If this can happen under the current framework of workers’ rights then it is proof that employment protections have completely failed in the UK. We desperately need reform in this area, yet the government has once again kicked the can down the road on improving employment law. Its Employment Bill, which was supposed to make life less precarious for insecure workers, was first promised in 2019 but when Johnson’s administration laid out its plans for the year in the recent Queen’s Speech it didn’t even appear.

If the government won’t act, then it is down to us. A new Private Members’ Bill by Lord John Hendy QC lays the groundwork we need to continue our fight. Currently, precarious workers find it difficult to unionise, organise, or even speak out individually about the struggles they face because their employers can so easily decide to just stop giving them work. The new Status of Workers Bill proposes to give every person in employment the same rights, thereby effectively abolishing insecure work in one fell swoop. With these changes, employers will no longer be able to hold the threat of dismissal over our members’ heads should they dare to speak out, making it easier for unions like ours to organise workers, resist exploitation, and forge ahead with our much-needed campaigns.