An analysis of the controversial ruling of the ECJ into the Viking and Laval cases, which placed the rights of businesses above those of workers.

In December 2007 the European Court of Justice – the “Supreme Court” of the European Union -delivered a crushing blow to trade unions when in the Viking and Laval decisions it decided that the right of businesses to freedom of establishment must take priority over the right of trade unions to take industrial action to safeguard the interests of their members.

These cases were followed soon after by the Ruffert and Luxembourg cases which, by way of the Posted Workers’ Directive, added further restrictions on the terms and conditions of employment which unions – or indeed governments – could require companies to comply with when posting workers to the UK.

These cases are symbolic of the extent to which business consolidated its power in the neo-liberal global economy, securing control of the European legal system and condemning any idea of “social Europe” to a distant memory. However, according to the Editors of this publication, these judgments bring EC law into direct conflict with decisions of the European Court of Human Rights – the “Supreme Court” of the Council of Europe – together with a wide range of internationally recognised and agreed labour standards. The authors argue that if the political system continues to fail trade unions, it’s time to contemplate a litigation strategy using ILO Conventions and Human Rights articles in order to create legal chaos at the apex of international law.

Click the image below for a limited preview of the book. 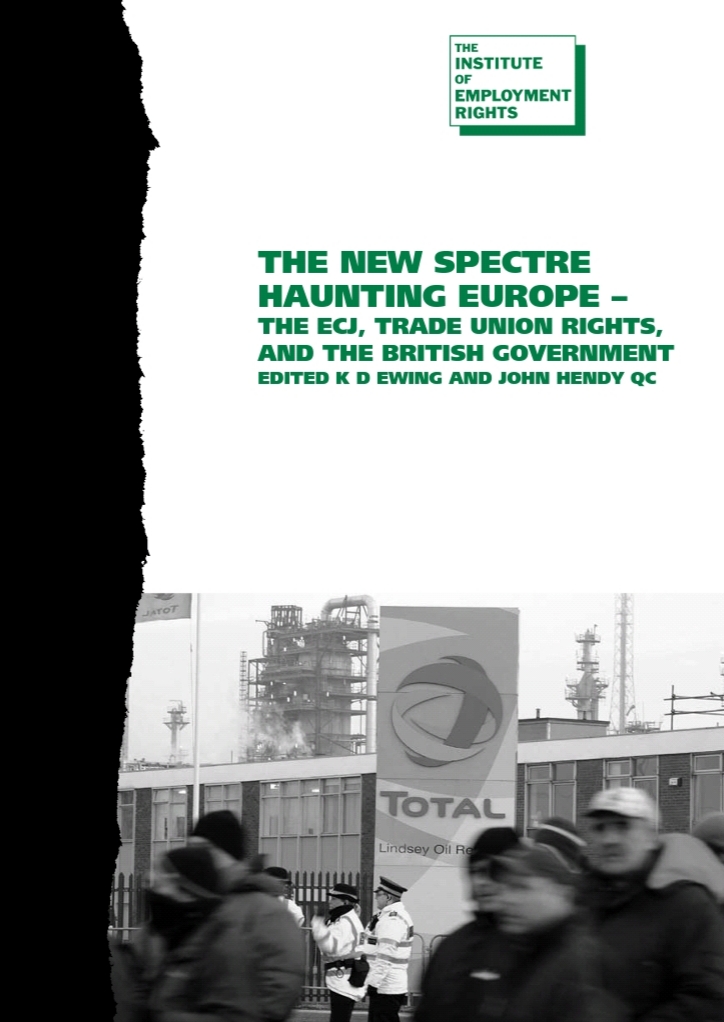