Although it’s still early days, the evidence is that the Tory Trade Union Act 2016 is already backfiring as the length of individual strikes increase, creating more days ‘lost’ to striking per strike, as a result of the new tighter regulations. 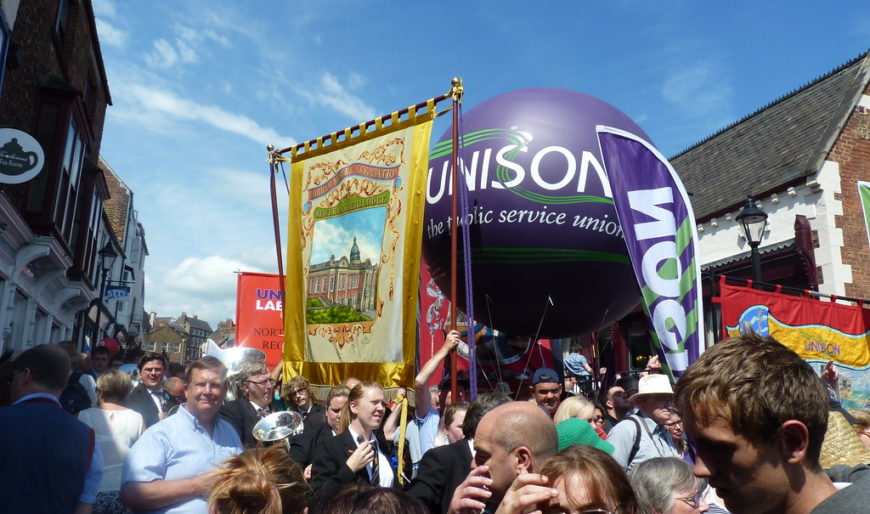 The intention of the Tory government with the Act was to reduce the levels of strike action even lower than they presently are and especially in the so-called ‘essential services’ of transport and education.

Introduced on 1 March 2017, unions now have to pass two new thresholds to gain a lawful mandate for action. So in addition to getting a simple majority of those voting for action, the turnout has to be at least 50%, and in a number of essential services, like transport and education, all those voting for action must also represent 40% of all those entitled to vote. In other words, non-voters are counted as ‘no votes’.

Already there have been a couple of significant defeats for the unions – UNISON local government workers in Scotland and RMT members on the London Underground. And, it’s not yet clear whether more or less ballots for action are now being organised. We won’t know that until the figures for 2016 emerge next summer.

But what is clear so far is that amongst the many, many more number of ballots that have resulted in mandates for action, the predominant pattern of strikes being one-day affairs (or at best a series of one-day affairs) is coming to an end. The strike at the Bank of England is only the most obvious and high profile case so far. Unite has announced that its members will undertake a four-day strike beginning at the end of July.

At British Airways, fellow Unite members have just begun a mammoth 16-day strike while other Unite members at a Manchester housing repair company have announced they will strike for four weeks uninterrupted from Saturday 01 July. Just sticking with the Unite union, dozens of other examples can be found. Then, one only has to look at the mounting evidence in other unions to see this clear pattern emerging.

These three cited examples of strike all have quite different causes (Bank of England – pay, British Airways – victimisation, Mears – new contracts) but the new law is making them act in a very similar fashion. This is because two of the other new parts of the Trade Union Act 2016 require unions to i) give fourteen days’ notice to the employer of action (up from seven days’ notice) and ii) the length of a lawful mandate is capped at six months (which can be increased to nine with the agreement of the employer). Previously, there was no cap on the length of the mandate.

So, in order for action to be effective, it has to be more hard-hitting as employers have longer to make counter-preparations for. This means unions are front-loading their action in more discontinuous actions in smaller timeframes. But they are also doing this because they know they have to get their skates on because they cannot afford to have their mandates eroded by employers that play for time by stringing talks and negotiations out. The clock is always ticking in their heads towards six months.

There is also evidence that some workers have decided to increasingly ignore the new law by taking unofficial, unballoted action, especially in the Royal Mail. This has the element of surprise and is not limited by the balloting restriction. Of course, it is unlawful action but so far no one has been sacked for organising such action as they can be under the Employment Act 1990.

Even if the Trade Union Act does lead to fewer ballots for strikes and fewer strikes, it has already not only lengthened the duration of those that do occur but it has also made them more difficult to solve by forcing union members to act in a more assertive and aggressive manner. All this was entirely predictable as the Chartered Institute of Professional Development (CIPD) warned in 2015 during the consultation on the new act. It stated: ‘The new [provisions of the Act] … will … harden attitudes’.

But then again this is exactly what happens when a government introduces an act of parliament which aims to solve a problem that does not actually exist and for which there was no public demand. The situation will get worse until the Trade Union Act is repealed. We may not have to wait too long for that if the current government implodes under the contradictions of its coalition deal with the Democratic Unionist Party, and Labour is elected to office with Jeremy Corbyn at its helm.

This article was originally published in the Huffington Post