If Liz Truss becomes prime minister and enacts “Victorian” plans to restrict the right to industrial action, union leaders have threatened a general strike this year.

Truss has promised “militant action” from trade unions can no longer “paralyse” the economy if she replaces outgoing Tory leader Boris Johnson. Truss has said her government would introduce legislation in the first 30 days of parliament to guarantee a minimum level of service on vital national infrastructure.

The Foreign Secretary and PM hopeful vowed she would also ensure strike action has significant support from union members by raising the minimum threshold for voting in favour of strike action from 40 per cent to 50 per cent. The minimum notice period for strike action would be raised from two weeks to four weeks, and a cooling-off period would be implemented so that unions can no longer strike as many times as they like in the six-month period after a ballot.

“The government wants to turn the clock back to Victorian times when children were sent up chimneys and working people ruthlessly exploited.”

“There is a whole host of measures that she (Ms Truss) is looking to bring in that will make it virtually impossible to have effective trade unionism and we think would effectively outlaw collective action.

I think that’s a turn to the extreme right on behalf of the Conservatives, and they’re playing to their reactionary base. I think there will be an enormous response from the trade union movement.

Only the TUC can call a general strike, we will be campaigning in that direction, but we need coordinated and synchronised industrial action against what they’re proposing.

I would be looking for a general strike if we can bring that off, but it’s up to others. We’re a small union compared to others. So we’ll have to see where that goes.”

This so-called manifesto is a declaration of war on the trade union movement and working people. In effect, it is a charter for massive social discontent.

What we have here is an ambitious politician, hawking for the votes of a tiny minority by putting the rights of all workers on the chopping block.

At the time of a cost of living crisis, where profiteering not wages is driving inflation, this would-be prime minister has instead chosen to return Britain’s workplaces to the 19th century. It’s Charles Dickens meets 2022.

Unite will not bow to threats and bullying and any attempt to make our fight for jobs, pay and conditions illegal will be met with fierce, prolonged resistance.”

Meanwhile, in a lengthy interview with the Daily Telegraph, transport minister Grant Shapps announced the latest plans in the government’s campaign to outlaw unions.

Shapps said he was looking at banning certain strikes, cutting the right of trade unionists to picket workplaces and “outlawing intimidatory language” used by union leaders.

“Grant Shapps hasn’t lifted a finger to end this rail dispute. Instead of doing his job, he has been blocking an agreement and picking fights with unions.

“These proposals are an attack on the fundamental right to strike. They are anti-democratic and anti-worker.

“Threatening the right to strike tilts the balance of power too far towards employers. It means workers can’t stand up for decent services and safety at work – or defend their jobs and pay.

“While millions are struggling to get by, ministers are falling over themselves to try to find new ways to limit workers’ ability to bargain for higher pay.

“It’s time for the transport secretary to focus on ending this dispute instead of looking to distract from his failures.”

“If Grant Shapps had his way we would all still be in the workhouse.

His intervention is just the latest in a growing list of political attacks on trade unions and the most fundamental rights held by working people.

Whilst this outbreak is clearly framed by a fashion parade within the Conservative Party, it is also deeply serious and shows just how out of touch our political class are.

The government has miscalculated. People can see behind the usual narrative of “union bad, boss good”. This is not the 1970’s. The cost of living crisis is the latest episode in a long term war on the living standards of workers.

For decades wages have been pushed down while profits for bosses and investors have gone up and up. Since 1975, the share of national income that people take home in wages has dropped by 10 per cent of GDP.

The economy isn’t working and trade unions are the last line of defence for workers.

When P&O sacked 800 workers at a moments notice, the company did not have to ballot anyone or petition the government to see if they could do it. It’s one law for the bosses and another law for the rest for us.

I will not apologise for demanding and winning fair pay rises for my members and any action to effectively remove the ability to strike will be met with fierce and prolonged resistance.” 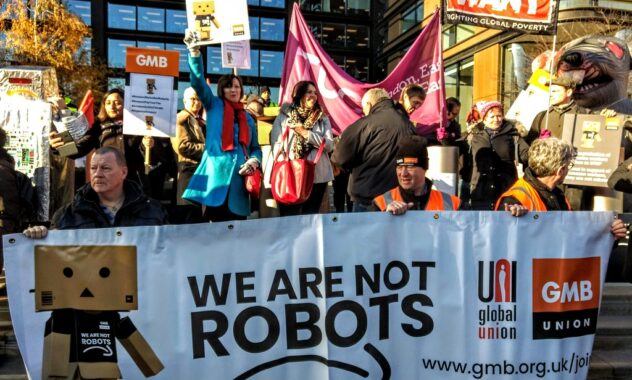 Workers downed tools at the depot over a 35p pay offer. 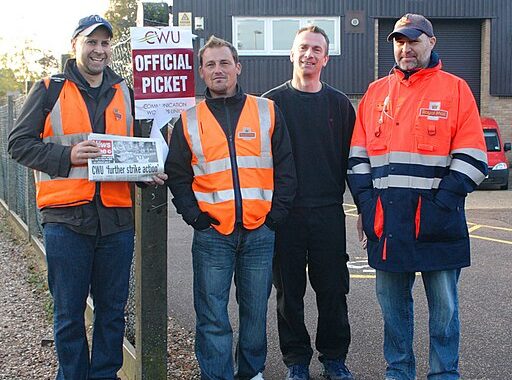 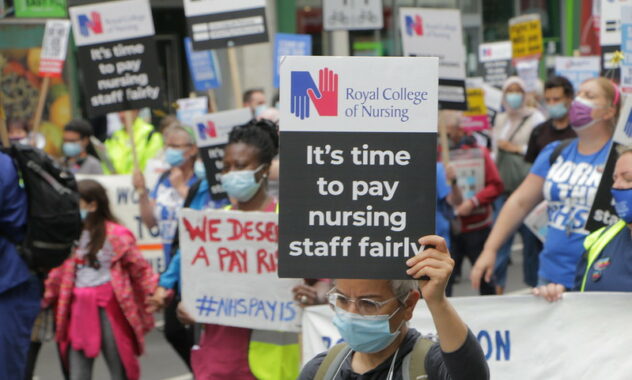