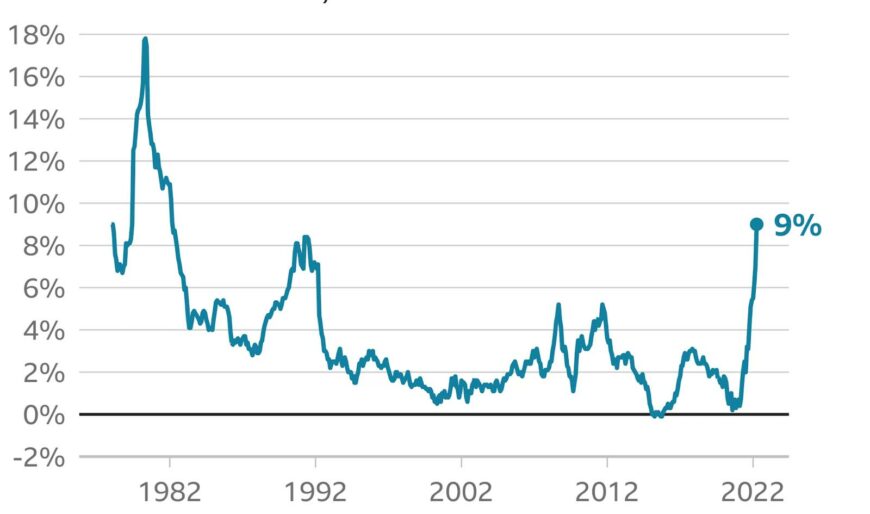 In April, inflation increased to 9%, up from 7% in March, equating to a 40 year high. The rapid increase comes as people in the UK are battling high energy costs, which rose 54% in April and are set to rise by 40% in October.

However, this week, workers are getting conflicting advice from the Government and the financial sector on combatting these catastrophic rises.  For example, Safeguarding Minister Rachel Maclean told Sky News that workers “should take on more hours or move to a better-paid job.”

A government minister has suggested that people struggling with the cost of living should take on more hours or move to a better-paid job.

Meanwhile, Bank of England chief, Andrew Bailey, told MPs that workers should “think and reflect” before asking for pay rises.

Meanwhile, real wages in the UK suffered a sharp fall between January and March. The Office for National Statistics (ONS) revealed that in the light of the escalating cost-of-living crisis, regular pay, excluding bonuses, fell by 2.9 per cent in March when Consumer Prices Index (CPI) inflation was taken into account – the largest drop since November 2011.

Real pay falling at the same time as inflation is spiralling is a recipe for disaster. The IER has long argued that calls for pay restraint in the midst of economic crises featuring high inflation are self-defeating, choking the chances of sustainable recovery. The key to a more secure economic basis for the country is increased levels of collective bargaining, higher trade union density, more secure jobs and higher pay – which then boosts spending power in local economies.

Unions have responsed to the news in unison.

“The alarm bells are ringing very loudly now. Earnings are being pummelled, the government is, shamefully, turning its back on those in need and employers are squeezing wages. So, we will absolutely take no more lectures on pay restraint from the millionaire governor of the Bank of England.

If Andrew Bailey wants to lecture anyone about belt-tightening, he should direct his attention to the CEOs of the UK’s top 100 companies who have seen their wages swell by an average of 34 per cent to an astonishing £4.1 million a year. Ask them to pause to reflect about the scale of their corporate greed.

Workers, on the other hand, are at least £70 worse off than this time last year and are being battered by spiralling food and energy costs. Telling them to pay for a crisis which is absolutely not of their making is obscene and totally unacceptable to Unite.

Unite’s answer to the current crisis is that employers who can pay decent wages won’t will face industrial action. I can tell you that we don’t intend to shift from that.

We have been involved in over 300 disputes since I became general secretary. Fifty thousand union members have been involved in industrial action in that time and we’ve won millions of pounds in pay uplifts. Being in a strong union like Unite is the only way for workers to defend their jobs, pay and conditions and get a decent ‘share of the pie’.”

“Conservative MPs keep telling families there is no cost of living crisis – it’s their own fault for not working more hours or having the wrong diet. But with inflation so high, the crisis is cold, hard reality. And families are desperate for the government to help with an emergency budget.

The pandemic showed that the government can act to help business and workers if they want to. The Chancellor must step up with an emergency budget that helps families with a boost to universal credit and the minimum wage. And we urgently need a windfall tax on oil and gas to fund energy grants for struggling households.”

“For millions of low-paid workers, the struggle gets worse with every passing month. With prices surging and wages slumping, many households don’t have enough cash to cover the basics.

Ministers can’t continue to sit on the sidelines and do nothing. Hard-up families on stretched budgets need emergency support. Boosting benefits and lifting public sector wages above rising costs are a must if families are to have any hope.

“Pay dropping at the same time as inflation runs rampant could spell disaster for too many working people.

Real wages have suffered their biggest drop for a decade – yet the boss of the Bank of England still thinks people shouldn’t ask for a pay rise.

The best way to get wages rising is to empower trade unions. GMB is winning above inflation pay-rises for workers all across the country.

And we need urgent action from the government to help people with the cost of living crisis.”