Blacklisted workers have been compensated to the tune of nearly £2 million after Unite the Union fought their case in the courts. 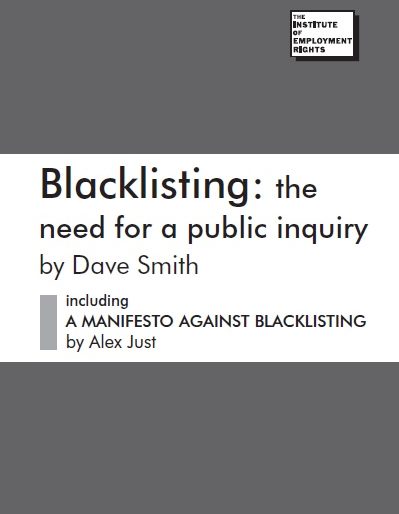 The settlement, agreed this week, is the latest in the long-running aftermath of a scandal stretching back decades. In 2009, construction companies were caught blacklisting thousands of workers from employment due to their involvement in trade unions.

Workers have been embroiled in legal battles ever since to try and recoup some of their losses. In 2016, 412 blacklisted workers received £19.34 million in compensation. Now, 53 more blacklisted workers have won their cases and the construction companies involved have also agreed to pay the workers’ legal fees and contribute £230,000 to a training fund to help victims re-enter their careers.

Howard Beckett, Assistant General Secretary at Unite, said: “This is a historic agreement which provides some degree of justice to a further group of construction workers who had their working lives needlessly ruined by blacklisting construction companies.

“The creation of a training fund controlled by Unite is a huge breakthrough, and is to be welcomed, as it will allow the union to assist victims of blacklisting return to employment.”

While this is a significant victory for the thousands of people blacklisted and their families, Unite emphasised the need for a public inquiry – a recommendation also made in the Institute of Employment Rights’ report on the matter.

One of the main directors of the conspiracy – Cullum McAlpine – refused to appear in court, while evidence of the involvement of police forces and secret services have also not been fully investigated. Blacklisted workers and their unions say their battle is not won until those responsible for the scandal are held to account for their actions.

“The refusal of Cullum McAlpine to give evidence is bitterly disappointing,” Howard Beckett said.

“Unite remains utterly committed to ensuring that those guilty of ruining workers’ lives should be forced to account for their actions. This is why it is absolutely essential that a full public inquiry into blacklisting is imperative.”