Home > News > Lee’s story: “We were called to a meeting and told that if we didn’t pipe down, they didn’t know what would “happen to us”!”

Lee’s story: “We were called to a meeting and told that if we didn’t pipe down, they didn’t know what would “happen to us”!”

Lee Fowler, an electrician who was blacklisted from the construction industry for 26 years after he spoke out about unsafe working conditions, spoke to the IER about his experiences. 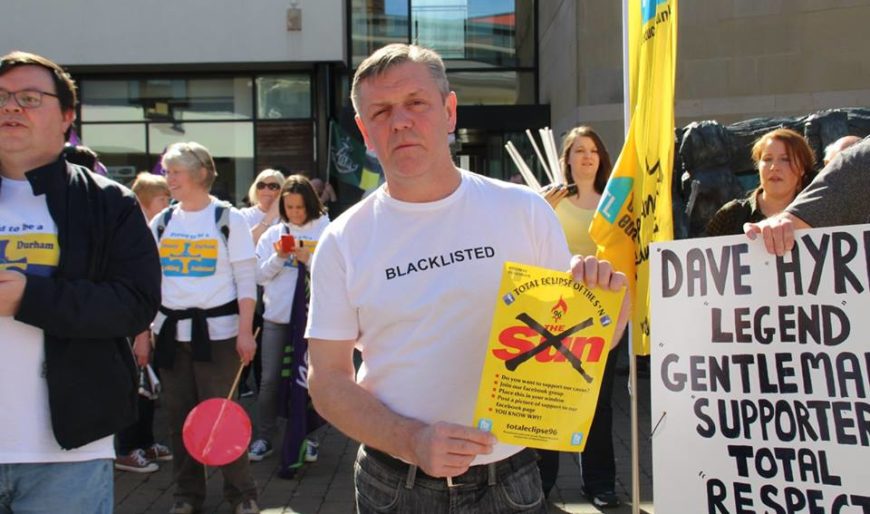 Read below about what working life has been like for Lee and his colleagues and how implementing the IER’s recommendations in Rolling out the Manifesto for Labour Law could make our society fairer.

I remember when I first went to work as an electrician on Piper Bravo – the oil rig that replaced Piper Alpha after an explosion killed 167 people. I was in my early 20s, and knowing what happened last time really played on my mind. On my first trip out, there was a helicopter crash that killed 11 people. That’s when it hit me how much danger was involved. I considered quitting – in all honesty, I was scared. But then I decided the better thing to do would be to dedicate myself to making the rig a safe place to work. So when I got back to the platform, I put myself up as a safety rep.

At first, the company encouraged us to flag up dangerous working conditions and said we didn’t need to worry about being victimised. But these things go out of the window as soon as profit is at stake. When the job started to get behind, they tried to get around us – and the law – to speed the process up. They’d schedule jobs for when I wasn’t on site, then break health and safety standards they knew I would insist on meeting. When we realised what was going on, we told them that workers’ safety had to come before profit and if they weren’t willing to follow the rules we would resign. That’s when we were called to a meeting and told that if we didn’t pipe down, they didn’t know what would “happen to us”!

Not long after working on the rig, I got another job with the same company, this time at a gas terminal in Wales. When I turned up, my supervisor said I shouldn’t have got the job because I’d been “blacked”. We’d all heard of blacklisting – that if you rocked the boat by being involved in trade union activity or complaining when work was unsafe, the companies would conspire together to prevent you from getting work. And that’s exactly what happened to me. I spent 26 years unable to find employment on a ‘blue book’ site – that’s one covered by a collective agreement where you get decent rates of pay and conditions. I’ve spent that time unemployed, or scraping by on lower-paid work, going through agencies, taking on jobs as a so-called “self-employed contractor”, being denied my rights.

I knew I was being blacklisted, but back then everyone thought you were a conspiracy nut if you started saying some of the largest firms in the country were deliberating targeting you. But we were finally proved right in 2009, when a raid on the offices of The Consulting Association revealed a blacklist of thousands of workers created and shared by over 40 construction companies for decades – and my name was on it.

I joined the Blacklist Support Group and we tried to get justice, but we were forced to settle out of court when the firm put us in a position that could bankrupt us if we tried to push it to a trial. We got a bit of compensation, but that’s not justice. After all they’ve done to us, we want to see the people responsible – both company directors and police – own up to their crimes and we want them to be held personally liable. We’ve had our lives torn apart and we just want to be heard.