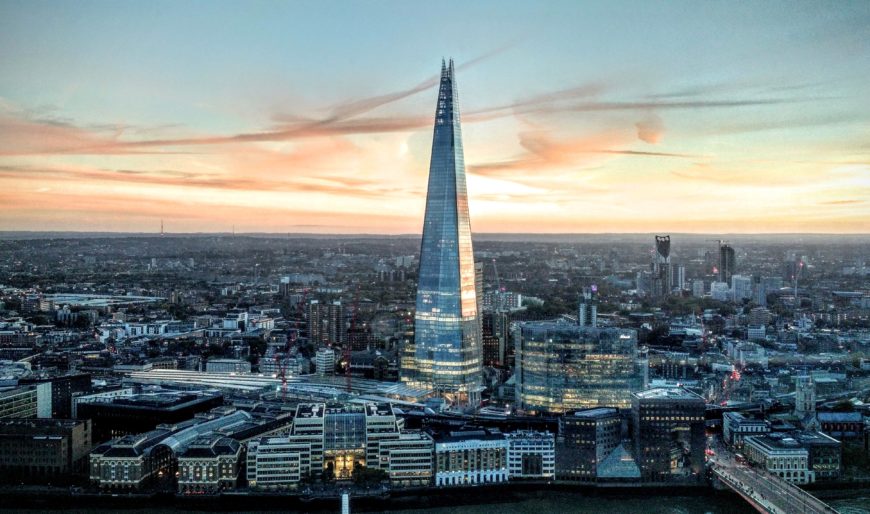 Corinna gave an overview of the key events of the past year – the more important cases, the new judicial guidelines on pensions and injury to feelings, as well as the wider consequences of the abolition of the fees regime. Worker status cases featured heavily – she included the very recent CJEU King v Sash Windows ruling in her review – and it is to be hoped that the very muddled situation will be clarified when, Corinna reminded us, if Taylor Review fails to be implemented by Parliament, and when the Pimlico Plumbers v Smith appeal is heard by the Supreme Court in 2018.

Paul Scholey from Morrish Solicitors, treated the Conference to another of his very entertaining presentations based on recent social media related cases, on this occasion also embracing the verbal contract considered by the High Court in Jeffery Blue v Michael Ashley, the irrelevance of the question of culpability in misconduct dismissals (JP Morgan Securities Ktorza [EAT]), and trade union activities as an a manifestation of trade union membership in the context of a S.137 claim of a refusal of employment on grounds related to trade union membership (Jet2Com Ltd v Denby [EAT]). The patent injustice of the horrendous ‘Rachel’s story’, (Burns v Surrey County Council [ET]), in which a care worker in a residential home, was dismissed after 21 years of dedicated service for posting an innocent photograph on Facebook, served to link the various subjects, to emphasise the inadequacy of the unfair dismissal regime, and to highlight the fact that, as Paul put it, “outside the Unionised workforce there is no equality of arms…”

After questions and a break for coffee, Stuart Brittenden, barrister at Old Square Chambers, gave an update on redundancy and TUPE case law. He opened with a rare example of the grant of an interim injunction by the High Court to stay the hand of an employer – in Taylor v Birmingham City Council the local authority had, following a s188 consultation, reneged on an agreement it had reached with UNITE to not to go ahead with the dismissal of 109 ‘bin men’ and the union had sought an injunction. He followed that with a second example of judicial even handedness in a labour law case, Wandsworth LB v Vining [2017]. In that case Article 11 ECHR as interpreted in the watershed ECtHR case Demir v Turkey [2009] was applied by the Court of Appeal to oblige it to construe s.280 TULR(C)A 1992 in such a way as to permit two ‘parks police officers’ to enjoy the protections of s.188 – s.192 of the same Act and therefore to be entitled to a ‘protective award’ following the failure of the local authority to consult on the redundancies.

Moving on to individual rights, Stuart discussed the application of mobility clauses in redundancy situations in Kellogg Brown and Root v Fitton [EAT], and the tests of the suitability of alternative roles and of the reasonableness of an employee’s rejection examined in Dunne v Colin and Avril Ltd [EAT]. The application of the TUPE regulations were explored in Tees Esk & Wear Valleys NHS FT v Harland [EAT], a case which turned on the Reg.3(3) requirement for there to be an ‘organised grouping’ and a ‘principal purpose’ in order for there to be a service provision change, a particular problem where the care sector is concerned, and a matter which the EAT will return to next year when a conjoined case relating to the ‘post code division’ of care provision in the private sector will be heard. The 3(2A) requirement for activities to be ‘fundamentally the same’ was addressed in Salvation Army Trustee Co v Bahl [EAT] which emphasised that a wide, ‘common sense’ approach had to be taken to the question, a case which Stuart saw as a judicial call for legislative clarification. In relation to the liabilities a transferee can inherit, Baker v British Gas Services saw the High Court hold that “where a breach of the employer’s duty occurs before the transfer but injury occurs after” the liability does transfer, and a case to be heard by the EAT in 2018, WFS v Sohail and Others appears likely to clarify the currently confused position in relation to third party liability.

The next speaker, Adam Ross, barrister at Old Square Chambers, brought the conference up to speed on the barriers to justice erected by the procedural revisions to personal injury claims, principally the raising of the ceiling for pain suffering and loss of amenity in small claims cases to £5,000, the introduction of road traffic accident soft tissue and shock ‘whiplash injury tariffs’ limiting awards for injuries anticipated to affect the claimant for under 2 years to comparatively small sums, and the ban on settlement without medical evidence in whiplash cases.

Raising the ceiling ensures that the vast majority of PI cases will be confined to the small claims track in court proceedings. As costs recovery in small claims cases is very limited, legal representation will rarely be an economically viable choice and injured parties without legal insurance or the backing of a trade union will be obliged either to represent themselves – in what can be quite complex cases – or abandon their claim. This ‘small claims trap’ can be escaped if the whole claim exceeds £10,000, and is thus handled on the fast track. Those able to make substantial loss of earnings claims will be more likely to be able to do this, disadvantaging the elderly, unemployed and less well paid. Access to justice will be denied the majority, while insurance companies stand to make huge savings. As was the case under the tribunal fees regime, there is likely to be a ‘cliff edge’ fall in PI claims.

Next up was Bruno, barrister at Old Square Chambers, with a review of the key ‘whistleblowing’ cases from 2016 and 2017.

Day v Health Education England [CA] and Gillham v Ministry of Justice [EAT] concerned questions of who is entitled to rely on the whistleblowing provisions. Matters which qualify as protected disclosures were considered in Eiger Securites LLP v Korshunova [EAT], while the belief of the employer that the disclosure was not protected in Beatt v Croydon Health Services NHS Trust [CA] was held to be irrelevant. A dismissal made by a manager unaware of the disclosures at issue was the subject of Royal Mail Group v Jhuti [CA] – it was held that the only concern of the tribunal should be the motives of the manager who took the decision to dismiss. The question of what qualifies as being ‘in the public interest’ was the focus of the court in Chesterton global Ltd v Nurohamed [CA], and in Small v Shrewsbury & Telford NHS Trust [CA] the court emphasised that the possibility of post employment stigma should always be considered by tribunals when making awards, whether or not the claimant has raised the matter.

After lunch Tara O’Halloran, barrister at Old Square Chambers updated the conference on recent discrimination cases, starting with the Efobi v Royal Mail episode in which the EAT appeared to remove the necessity for a claimant in a discrimination case to show a prima facie case before the evidential burden shifts to the employer – subsequently the Court of Appeal in Ayodele v City Link ruled that the old procedure had to be followed. Tara then discussed the two CJEU ‘headscarf’ cases, Achbita v G4S and Bougnaoui v Micropole, illustrations of the differing domestic and European judicial approaches to indirect and direct discrimination claims. She followed this with the question of whether under UK law a claim of indirect discrimination requires that the claimant establishes the reason for the alleged disadvantage; the Supreme Court ruled in Essop v The Home Office and Naeem v Secretary of State for Justice that it does not. Tara concluded with the CJEU’s clarification of the limits to age discrimination in Abercrombie and Fitch Italia v Bordarno and Fries v Lufthansa. In the former case the dismissal of shop assistants employed on ‘on call’ contracts when they reached 25 (zero hours contracts are prohibited in Italy for those aged 25-45) was justified as a measure designed to simultaneously enhance ‘flexibility’ from the employer’s standpoint while giving opportunities to young workers. In the latter case enforced retirement of pilots at 65 was justified on grounds of safety. Both policies were necessary and proportionate means of achieving a legitimate goal.

Caroline from Thompsons Solicitors returned to the subject of her memorable 2016 presentation on gender pay reporting to ask whether the initiative is working. Emphasising the very considerable difference between the individual horizontal comparisons made in equal pay cases, and the vertical collective approach of gender pay gap reporting, she gave a brief overview of what is expected of employers, and told us that the point of the legislation was to make things happen, but that little had happened. Although comparatively few reports have been posted on the government site (the deadlines are in April), an examination of the current top ten median differences and quartile percentages nevertheless threw up some shocking imbalances, and Caroline reminded us that gender stereotyping – combined with poor child care facilities – bear much of the blame for the persistence of the pay gap so long after the Equal Pay Act and Sex Discrimination Act had appeared set to rectify the problem.

Of particular interest was her suggestion that the right to secure information for collective bargaining purposes (s 181 TULR(C)A 1992), and the right of recourse to the CAC, should be sufficient to oblige recalcitrant employers to supply the information required by the toothless Gender Pay Reporting Regulations.

John ended the conference with a powerful speech on Labour’s blue print for reform – the IER’s Manifesto for Labour Law. John considered the necessity for a Ministry of Labour and an effective labour inspectorate as well as worker status and zero hours contracts, but his focus was on the importance of restoring collective agreement coverage, and, in particular, the reintroduction of sectoral collective bargaining. He discussed the problems that will be encountered and many at the conference will have been intrigued to hear of the Norwegian ‘Holship’ case and of the impact of the ‘four freedoms’ and, in effect, the Viking and Laval CJEU cases, on a state which is not a member of the EU.

It was a superb conference.