Pressure is growing on the government to respond to the epidemic of bogus self-employment in the construction industry. 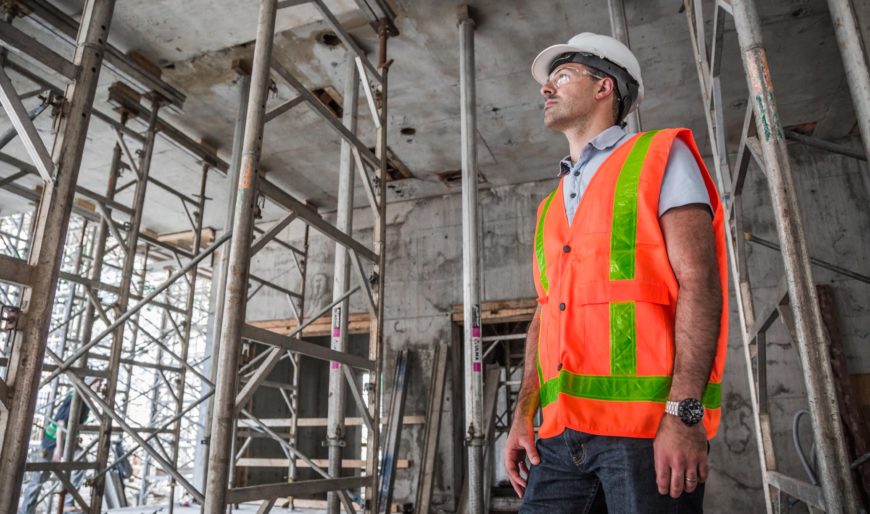 For decades, trade union members in the construction industry have been campaigning for direct employment.

Much like the emerging gig economy, construction workers witness an industry reliant on an officially self-employed workforce (the majority of whom are bogus self-employed) on a daily basis. The way that construction is structured is preventing improvements in vital areas such as workers’ rights, safety, training and is stifling innovation.

For years, Unite seemed to be a lone voice in the wilderness, as successive governments created incentives for the rise of bogus self-employment, or refused to take action to resolve a growing problem.

However two recent influential reports show that the tide is turning and there is a mood for change.

The initial report was commissioned by the Electrotechnical Joint Industry Board, which sets the standards for employment, welfare and apprenticeship training in this area of construction.

The report titled Direct Employment a Study of Economic Business and Social Outcomes was written by Professor Howard Gospel of Kings College London.

Gospel spoke to over 50 experts and studied government reports and peer-reviewed academic research.

He found that levels of direct employment in the electrical sector (which is mirrored throughout the construction sector) in the UK had declined more than in other countries and is having an adverse effect on the health of the industry.

Gospel highlighted that while there are short-terms gains for companies that used self-employed labour – in that they avoid paying employers’ national insurance, holiday pay and sick pay – the disadvantages for the future of the industry are potentially devastating.

He warns that a lack of direct employment is disastrous for apprentice training (which is the industry’s lifeblood), stunts career progression and stymies the industry’s capacity to adopt new technologies and techniques.

The professor’s solutions are two-fold. Firstly, clients and large contractors need to show leadership, by only awarding contracts to companies that directly employ their workforce and that the same rules are maintained throughout the supply chain.

Secondly, the government needs to intervene to make changes to the tax system in order to remove the artificial incentive of bogus self-employment.

There needs to be a radical change in how workers are employed, with companies prepared and given incentives to permanently employ groups of workers.

The recently published Industry Skills Plans which was produced by the government-appointed Construction Leadership Council (CLC) has raised similar concerns to the Gospel report on the lack of skills training.

The report recognises that to improve apprentice numbers, to increase skills training and to increase diversity in the industry it is essential “to strengthen direct employment”. It further states that the industry needs to: “Increase the levels of direct employment, to improve the attractiveness of the sector and as a fundamental enabler of apprenticeships, career progression, upskilling, reskilling, compliance and innovation”.

Significantly, in order to achieve its aims, the CLC is recommending changes in the government’s (the industry’s largest client) procurement rules that will require companies and their supply chains to directly employ their workers and has set a date of 2024 for this to be fully implemented.

Of further significance is that the membership of the CLC largely comprises the principal contractors whose actions and behaviours will most need to change, if such radical proposals are successfully introduced.

Clearly the CLC is an employer-driven organisation and there is much about the industry that Unite seeks to change so where we can make common cause we need to add our union voice to the calls for the changes that are solely the domain of government.

Employers are naturally going to be more concerned for their safety, wellbeing and health, if they have made an investment in their workforce and know who they are.

While direct employment is crucial to increasing apprenticeships and training, it is not sufficient in isolation to create the right environment, for companies to take long-term decisions on training.

Companies will only train workers if they are investing in their long-term future. This is not simply about swapping one form of taxation (self-employment in its various guises) for another (PAYE).

There needs to be a radical change in how workers are employed, with companies prepared and given incentives to permanently employ groups of workers. Rather than the current system where many contractors recruit workers for a particular project and then let them go when the project ends.

Such an environment does not encourage training and the recruitment of apprentices regardless of the employment status.

It is not just apprenticeship and training that benefits from permanent direct employment.

Employers are naturally going to be more concerned for their safety, wellbeing and health, if they have made an investment in their workforce and know who they are.

Many falsely self-employed workers are beguiled by the fact that they pay lower levels of national insurance and can make an annual tax claim to reduce their liabilities. What workers often don’t appreciate is what they lose: holiday pay is a key right but there is also sick pay (a particular issue during a pandemic), fewer benefit rights and no workplace pension, which is likely to result in financial poverty in old age.

What is beyond doubt is that there is now a real opportunity, not only for a major shift towards direct employment but also towards a more sustainable industry. It is one that Unite intends to grasp, in the best interests of the construction workers of today and tomorrow.