Bogus self employment is deepening the Coronavirus crisis by draining the NHS of funds and leaving millions reliant on government hand outs. 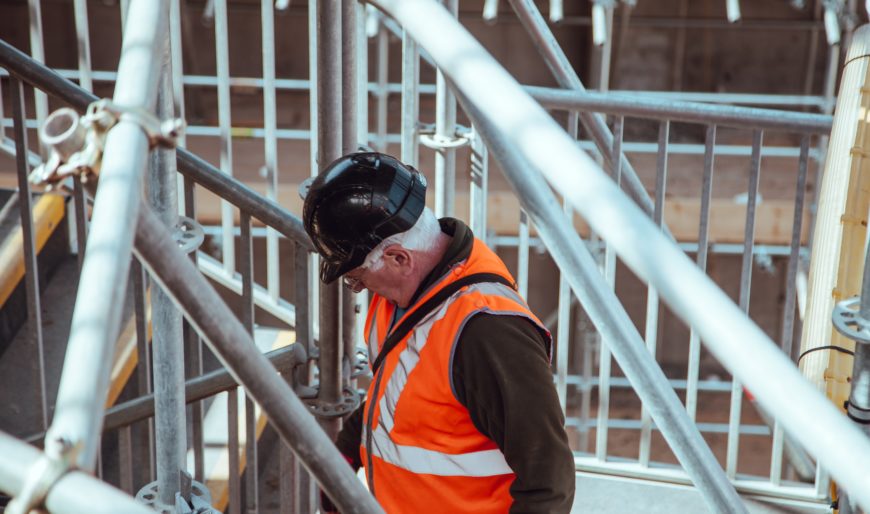 In 1995, I wrote a pamphlet for the Institute of Employment Rights. It was called Towards the Insecurity Society. It showed how an epidemic of self-employment had exploded in the construction industry in the United Kingdom. I argued that the growth of self-employed and insecure, casualised employment ‘promotes a pervading sense of insecurity. It also undermines the viability of the tax system on which the very existence of the welfare State is based. It creates a vicious downward spiral, diminishing the revenues necessary for a welfare State whilst at the same time creating more people likely to be dependent on it: an insecurity society’. Never could I have imagined then, however, how the shock of the Coronavirus epidemic could reduce millions of self-employed to a state of abrupt and absolute dependency on a state rescue package.

Self-employment exonerated employers of paying any National Insurance for the labour services they engaged, and with lower rates of tax and insurance for the self-employed, a powerful fiscal drive pushed millions of building workers into false self-employment. Workers are given no option but to be self-employed: no employment rights, no security, no safety training, no apprenticeships, no pensions. Most construction workers work for the same contractors year in year out, under their instruction and using their capital equipment. It was and is mass bogus self-employment, infecting most large building sites. No other European country has anything approaching the level of self-employment in construction as the UK, with most under 15% while the UK is now over 60%, especially of manual workers. It is a British disease.

No other European country has anything approaching the level of self-employment in construction as the UK.

And I predicted that this fiscal regime would equally drive bogus self-employment into other sectors of the economy. But, I could never have foreseen just how widespread this epidemic would become with the emergence of the gig economy, and with the economy under the austerity regime of the last decade. Since 2013, the overall number of self-employed has grown from 4.3 million to 5 million, jumping from 12% of the labour force to 17% (Labour Force Survey). In spite of the crisis in the construction industry, building workers still dominate, with just under 1 million.

It is important to distinguish between the genuinely self-employed, small businesses and professional individuals providing services direct to clients and customers, and the fake self-employed, those who are effectively working for a contractor or company, under their control, paid at their dictated rates of remuneration, and often using their capital equipment (e.g. company branded vehicles). For example, in London alone, there are 45,000 Uber drivers, all self-employed but utterly dependent on the Uber platform. Deliveries for internet companies, such as Amazon, are another typical example. The key point is that for these ‘self-employed’ providing services as intermediaries for often major global companies, the employers of their services pay no National Insurance, no payroll tax, no holidays or sick pay. There is an immediate saving of 13.8% on the payment for labour services, and a corresponding loss of revenue to the Treasury. This fiscal regime, and the absence of clear employment law, has created the plague of extreme insecurity.

The fiscal and legal regime created a situation in which the Treasury was losing billions year in year out. Now the Treasury is being asked to bail out the bottomless pit of which it was the architect.

In 2015, I calculated that this fiscal driver cost the Treasury at least £1.5 billion per year in lost National Insurance and taxation, just for the construction industry, never mind other sectors. It is impossible to provide an accurate figure for the loss of revenue arising from bogus self-employment across all sectors. But let us assume, generously, that there are 25% of self-employed who are genuinely self-employed, businesses on their own account. That leaves 3.75 million bogus self-employed, with a median income of around £300 per week (Office of National Statistics, Trends in Self-employment in the United Kingdom). The annual loss of revenue to the Treasury from employers of the self-employed, at 13.8% of the remuneration bill, amounts to £7.8 billion. This is an indicative figure, frankly a guesstimate. It is unlikely to be substantially lower, but could well be substantially higher.

Now this bogus self-employment epidemic has collided with the Coronavirus epidemic. Millions of self-employed, many genuine, many more bogus, find themselves threatened with the abyss of no financial protection. The fiscal and legal regime created a situation in which the Treasury was losing billions year in year out. Now the Treasury is being asked to bail out the bottomless pit of which it was the architect. The latest figure for this bailout, covering only a proportion of those impacted by a sudden loss of income, is £30 billion. More significantly, of course, the self-employed, just as much as anyone else, rely on the NHS. They have a right, as citizens, to have free access to healthcare at the point of delivery. Just so. Yet the self-employment tax system, particularly for employers of fake self-employment, contributes inadequately or nothing to the NHS, as to other public services, education, public infrastructure and so on. For a long time, the epidemic of self-employment has been shrinking the fiscal life-blood for those services upon which we all rely. From the Chancellor Rishi Sunak’s statement of 26 March, it appears that the Coronavirus epidemic and its economic impact have finally exposed an injustice lying hidden, but growing out of control. He displayed little understanding of the British disease of fake self-employment, talking of the self-employed’s loss of profits, as if they were all genuine little businesses in their own right. Time to get real.

For a long time, the epidemic of self-employment has been shrinking the fiscal life-blood for those services upon which we all rely.

If there could be a silver lining to this crisis, the underlying epidemic of bogus self-employment and the vulnerability it has created above all for the workers themselves, but also for the economy at large needs to be suppressed once and for all. Not by any vaccine, but by the justice of good law and equitable tax regimes. The law needs to clarify rather than confuse the distinction between employment and self-employment, squeezing out the fake self-employed. Self-employment should never be the cheap option of a tax free gift to employers of their services, and clients who purchase self-employment services should pay the price to protect the self-employed from the abyss into which they have been so cruelly thrown.

Mark joined the Sociology Department of the University of Essex as a Research Professor in September 2007, and established the... Read more »