The Coronavirus Bill will leave millions in poverty

The government's plan to manage the Coronavirus pandemic is almost entirely aimed at supporting business but leaves workers out in the cold. 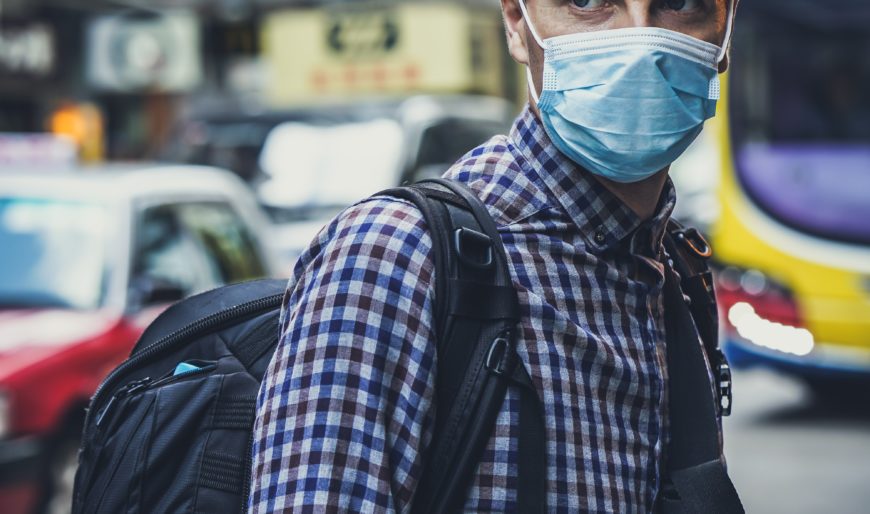 The measures taken in response to the current Coronavirus pandemic are remarkable in breadth and depth. The response to the incidence of preventable death, injury and illness caused by war, hypothermia amongst the elderly who cannot afford to heat their homes, traffic accidents or influenza are nothing like on the scale we have seen in relation to Coronavirus. Yet many countries are taking similar measures to the UK, which otherwise might be regarded as hysteria.

But we are where we are and the government, having given advice on social distancing and self-isolation, have now shut schools and yesterday introduced a Bill to give themselves draconian powers. Those powers are controversial but this article focuses on the question of whether the Bill sufficiently protects the incomes of working class people.

In the budget last week, the Chancellor of the Exchequer offered a huge package of £330 billion of loans and guarantees to business to cope with the impact of Coronavirus.

In contrast, the meanness of the Bill in looking after the UK’s 32.7 million workers and their dependents is truly striking. The only measure of relevance (ss.37-42) is in relation to Statutory Sick Pay (SSP).
The relevant part of the Bill gives the inland revenue the power to reimburse employers who pay SSP. No surprise there.

At present, entitlement to SSP is confined to ‘employees’, so excluding the self-employed, freelances etc. and the so-called ‘limb (b) workers’ who are workers under a contract but not an employment contract.

These excluded workers may number about five million. Also excluded are workers who earn less than the lower earnings limit of £118 per week. Zero-hours workers are likely to be ineligible too. It is not clear to what extent the Bill will permit regulations to extend SSP to workers who are not ‘employees’.

The fact that the Bill gives power to remove the three waiting days before SSP kicks in is to be welcomed.

But the biggest problem is that SSP is fixed at only £94.25 per week. Anyone currently earning more than the lower earnings limit of £118 per week so as to qualify for SSP will, by definition, be making a loss. At £94.25, SSP amounts to only 18.4% of the average weekly wage of £512 per week – itself a figure that in real value has only just risen above the level of 12 years ago. Virtually every other country in Europe provides a significantly higher rate of sick pay. It should be remembered that the internationally accepted definition of poverty is earnings of less than 60% of the average wage. SSP is, thus by definition, more than two-thirds below poverty pay.

The Bill contains power to make regulations to define when a worker’s incapacity for work is related to Coronavirus. SSP, as the name on the tin suggest, is ordinarily only available for those who are sick. But workers who advised to self-isolate need guaranteed income even if they do not end up with the disease. It is not clear that the Bill will entitle them.

SSP of £94.25 per week is a positive disincentive to follow the advice to self-isolate. In the health and care sectors this would be disastrous. According to the GMB, ISS, Sodexo, Hermes, G4S and Interserve are going to maintain full pay for self-isolating workers in health and care.

Clearly, the government should follow suit for all health and care workers. They are the front line.

And there is another category – those who lose work and pay to care for someone who is unable to go to their normal daytime activity because that facility is no longer available because of Coronavirus (whether lack of staff, or government advice to close or self-isolate). The obvious example is parents having to stay home to look after kids shut out of school.

One huge category the Bill does nothing for are the tens of thousands who have already lost or are under immediate threat of losing their jobs because of the cut in demand in the economy caused by Coronavirus and the government’s advice not to go to pubs, bars, restaurants, or other gatherings, or to travel abroad unnecessarily.

The Financial Times estimates that already 200,000 in the leisure and hospitality sectors have been laid off since mid-February. Airlines and tourism are not included in these figures. Those sectors are in peril. On Wednesday, British Airways issued a pre-redundancy consultation notice to unions. It has 30,000 employees. Demand is naturally collapsing in the retail sector (other than food) which employs some five million. On Tuesday, Laura Ashley went into liquidation with some 2,600 job losses. Entertainment and arts, which employs one million, is also badly affected.

This country is now largely a service economy, UK manufacturing having been largely surrendered to globalisation. The predicted loss of jobs because of Coronavirus advice is, of course, precisely in the service industries. The impact will therefore quickly reverberate through the rest of the economy.

It must be assumed that the government advice may be justified but the prospect is consequential unemployment on a very large scale. Some but not all will have a small cushion of redundancy pay. But Universal Credit is the fate that will otherwise await most, with an initial wait of five weeks of no income. The food banks have been depleted because those financially able to afford to, have stockpiled food.

While the government is proposing rate relief for some businesses, it is not proposing to fund a rent, mortgage or energy cost holiday for those reduced to poverty pay or thrown out of work. The risk of a massive increase in destitution in the UK, beyond the 14 million already living in poverty (4.6 million of them children) is obvious. This prospect calls for radical measures.

What the government needs to do is to intervene to restrain redundancies and to maintain the income of those in work.

This is precisely what other developed economies have done in the present crisis. Sweden has guaranteed laid-off workers 90% of their income. In Denmark, a tripartite agreement has been negotiated between the employers, the government and the trade unions whereby the Danish government is underwriting 75% of the wages of workers facing redundancies if firms keep do not lay off the workers.

In the UK, the Bill could be amended to present the opportunity, in agreement with the TUC and the CBI, for the government to underwrite a percentage of full pay for firms to retain workers who would otherwise have to be made redundant because of Coronavirus.

But some workers will already have been laid off, permanently. The daily news is of further redundancies. For them and others who slip through the net the government needs to introduce Universal Basic Income (UBI). UBI is a controversial subject and was rejected by referendum when proposed in Switzerland last year. But in the circumstances of the current crisis, surely it is a worthwhile temporary expedient, the theory of which as a long-term measure can be discussed at leisure in coming months. The country cannot afford millions more citizens, unemployed, grappling with Universal Credit, and with it the grave risk of increased hunger, hypothermia, homelessness, and, ultimately, insurrection.

Indeed, it is in the interests of business that these radical measures be taken. If they are not, the scale of wage cuts and unemployment will suck demand out of the economy to create a crash and depression certainly on the scale of the 1930s. There will be consequential lawlessness, unrest and social chaos on a scale unprecedented in the UK for a very long time.

This article was originally published in the Morning Star