The Institute of Employment Rights ahead of the #SpringStatement

Director of the IER 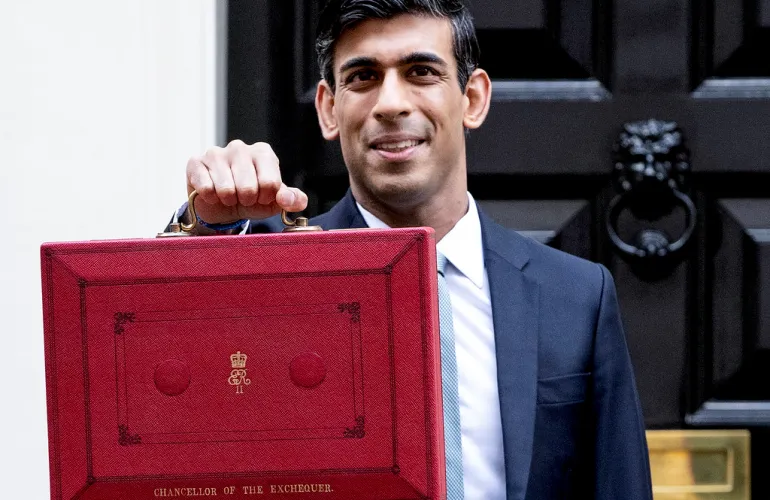 Let’s first put Rishi Sunak’s Spring Statement in some context. The sacking of the entire P&O workforce on Thursday signalled a new low in employment relations in this country. Just as we thought that we’d reached the nadir, after seemingly endless ‘fire and rehire’ scandals, the management of P&O Ferries asked if we’d hold their drink, so to speak.

What it highlighted was not just the perilous state of the British economy under crisis-ridden ‘late capitalism’, but the decimation of employment rights and how companies like P&O can confidently flout those we do have, safe in the knowledge that the costs of doing so are small beer compared to the perceived savings made by replacing an entire, dedicated workforce with agency labour.

Of course, these are only cost savings on the balance sheet. The real costs are catastrophic – from the lost skills and good-will sunk, to the potential safety risks. But this philosophy has deep roots. It’s a reckless, damaging short-termism which is endemic to the British economy, and it is the story of the last four decades – of deregulation, anti-trade union legislation, outsourcing and the steady erosion of individual and collective employment rights.

When Rishi Sunak takes to the floor of the House of Commons tomorrow to deliver his Spring Statement, there will be much handwringing about uncontrollable events – the economic crash, austerity, pandemic, and war. Spiralling inflation will be described as if it was a natural phenomenon, all to justify a tightening of belts for working people, a further squeeze on benefits and stagnating pay.

The Chancellor will undoubtedly talk up the ‘good news’ of rising wages, but that is meaningless unless we talk about it in real terms. As it stands, pay is failing to keep up with soaring inflation. The Office for National Statistics (ONS) figures show real-term wages have fallen by 1.6% over the last year. Already, that’s the biggest drop in eight years.

The Resolution Foundation has predicted inflation to peak at 8.3% in April, but the reality is, with the continuing war in Ukraine, energy price hikes and supply chain difficulties caused by a combination of pandemic, war, and Brexit, it’s likely we’ve not seen the end of rising prices and the subsequent erosion of the value of wages.

So, when we talk about a cost-of-living crisis, we are talking about a crisis in pay. The obvious antidote is to increase wages – to ensure that pay at least matches inflation. Currently, we are far from that. Many in the public sector are being offered pay increases at 3% or less, whereas in the private sector, workers are being threatened with ‘fire and rehire’ tactics to accept inferior pay, terms, and conditions.

“Spiralling inflation will be described as if it was a natural phenomenon, all to justify a tightening of belts for working people, a further squeeze on benefits and stagnating pay.”

Stagnating pay, and the erosion of employment rights won’t be the subject of Rishi Sunak’s Spring Statement, but it should be. Because, if you look for the roots of this crisis, it lies in the marginalisation of the trade unions, the decimation of collective bargaining, the increasingly precarious nature of work and the weakening of labour law in this country.

Without the power to collectively bargain for better pay, terms and conditions, workers are at the mercy of the whims of a kind of casino capitalism. That is the crisis that we’re already in. It’s unlikely that Rishi Sunak will address any of this deep-seated short-termism and chaos of the market and will, at best, administer sticking plasters. And there will be many more P&O’s.

The biggest fallacy of all this is that we don’t have the solutions to it – that these are inevitable, natural movements of history which we have little control over. To change that dynamic and reverse the downward spiral for the benefit of millions of workers, but also the economy and communities up and down the country, we need intervention. Starting with a real living wage, investment in good, green jobs, pay rises across the board and a dramatic shift in favour of the trade union movement.

Ben Sellers, worked for the TUC between 2007 and 2011, first as a graduate of the Organising Academy and then... Read more »