We need unions themselves to be put back into the heart of negotiations and given the freedom to defend their members. 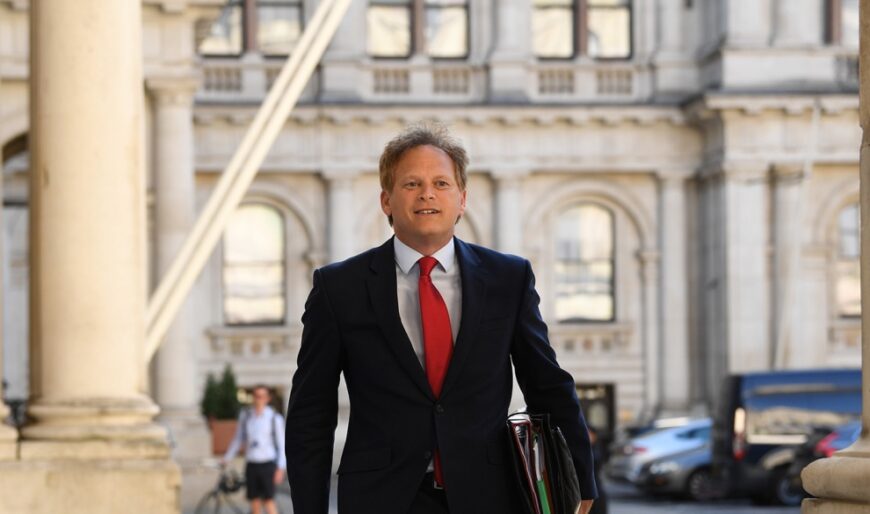 The statement by Grant Shapps on Wednesday of the government’s response to the sacking of 800 P&O seafarers, whose time for accepting the company’s offers runs out today, is too little too late. The announcement of the sackings was two weeks ago on March 17. Why has the government waited so long to act?

Some of the proposals are welcome, without a doubt. The proposal for European ferry corridors with a European minimum wage for seafarers and the proposal for the Maritime and Coastguard Agency to apply rigorous checks on safety are, of course, to be commended.

An amendment to the Harbours Act to enable British ports to refuse access to ships not paying the minimum wage is excellent — but how that will work in freeports in which P&O’s owners DP World have a share is not clear.

Some of the proposals in the statement are far too weak. The requirement for ferries to pay the UK national minimum wage, for example. That will mean a savage wage cut for some seafarers and will have the effect of excluding the unions from wage negotiations. On the other hand, it will prevent ferry companies undercutting each other on wages and it will prevent them paying £1.84 per hour as some sought to do.

Another weak measure is the proposal for a statutory Code of Practice on “fire and rehire.” That is a problem that cannot be addressed without legislation and just weeks ago the government voted down Barry Gardiner MP’s Bill on the subject. The proposed code is no substitute.

But it is the measures which the minister is not proposing that could have been the most significant.

In the first place, it is to be noted that the proposals so far do not involve the seafarers and their unions. Indeed, the unions seem to have been written out of the script.

The most important single step that could be taken would be to lift the blanket ban on secondary action to allow the workers and their unions to ask other workers who share the universal contempt for what P&O has done to boycott the ships until the seafarers are reinstated — just as the dockers in Rotterdam have done (and are allowed to do under Dutch law).

Secondly, the statement does not propose the solution which is so obviously needed in the ferry industry: a collective agreement for the sector negotiated between all the employers and the unions to set minimum wages, terms and conditions so that one ferry company cannot undercut another by reducing labour costs.

This step, “fair pay agreements” as Labour’s New Deal for Workers calls it, is common throughout Europe and has just been adopted in New Zealand.

Thirdly, if Shapps had adopted Gardiner’s Bill it would have allowed workers to obtain a court injunction to compel consultation to take place. In fact, none of Shapps’s proposals allow the workers to obtain injunctions to prevent behaviour such as that of P&O.

The statement also fails to remove the cap on compensation for failure to consult or for unfair dismissal in these circumstances, an obvious measure to discourage such behaviour in the future.

It does nothing to address the discriminatory nature of dismissals of British crew, or to protect against the gagging agreements (NDAs) which the seafarers had to sign to get anything. It says nothing about the apparent loophole which permitted P&O to escape the fine which would have been payable for failure to give advance notice to the authorities had the ships been registered in the UK.

What we need is the restoration of the freedom of unions to defend their members and legislation guaranteeing unions the legal space, protected from injunctions and damages claims, in which to organise industrial action.

That is the only legal way to rebalance power at the workplace and give workers the leverage to resist tactics like those of P&O. This is the only way to fight back against the all-out attack on the incomes and conditions of the working class which is now being waged.