Mapping the international labour movement: From the slave trade to fake news

A new book from ICTUR looks at global unions past and present, from their historical contexts to their modern day evolution. 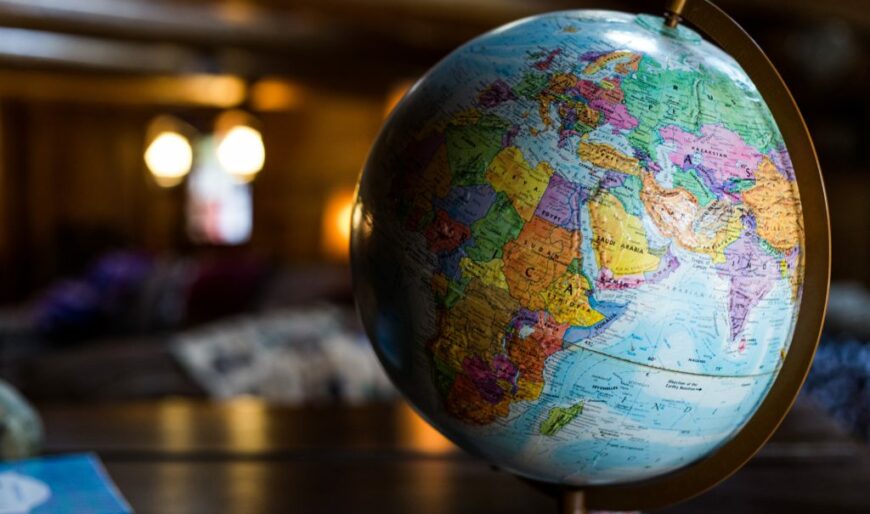 International solidarity has long been at the heart of trade unionism, but despite more than one hundred years of trade union internationalism, the trade union structures that exist outside our own countries and the complex political realities they inhabit are often under-explained and a challenge to those seeking to build solidarity. This is why, in our global reference encyclopaedia Trade Unions of the World, we provide a comprehensive and accessible ‘map’ of the trade union movement across the globe.

This is a solid and detailed global reference book written specifically for a trade union audience, covering the issues – political, economic, and social – that most directly concern the labour movement. IER readers will find its guides to neighbouring countries throughout Europe immediately useful, but there is much here also to support wider solidarity work, with full profiles for every country in Latin America, Africa, Asia, and indeed the whole world. The study maps not only the giant unions of India, Italy, Brazil and Japan, but also zooms in on the union movements of the Caribbean and Pacific islands. There are also profiles for twenty dependent territories like Gibraltar, Bermuda, Puerto Rica, the Faroe Islands, and the Isle of Man. The book sets out how these unions have evolved and the context within which they operate today.

The title underwent a major revision in 2015 to focus not only on the legal and industrial relations frameworks within which unions operate, but also to incorporate deeper historical perspectives, to include an account of European imperialism, colonialism, and the transatlantic slave trade. These themes dramatically shaped the early labour history of many countries but are often overlooked in accounts of trade union internationalism. Mapping these histories was demanding, but it was an approach that has been vindicated this past year by the explosion of interest in the legacies of colonialism and slavery prompted by the Black Lives Matter movement. ‘Why were we not taught about this in schools?’, many demanded, ‘why do monuments seem to celebrate those who organised the slave trade, but not explain its extent, context, and legacy’? ‘Why are the stories of indigenous peoples written out of history books’? The new edition not only brings us up to date with contemporary developments, but also continues this deepening of the historical perspective, always seeking to frame this broader political and economic analysis in a context of working class and trade union history.

The new edition deepens the analysis of the political histories of several countries in Latin America and South East Asia. It also builds upon and expands the contemporary mapping of trade union structures, including a more comprehensive map of Nigeria’s trade union movement, and also for Senegal, where the first workplace elections (modelled on the French system) now reveal a much clearer picture about that country’s highly fragmented union structure.

Mapping these histories was demanding, but it was an approach that has been vindicated this past year by the explosion of interest in the legacies of colonialism and slavery prompted by the Black Lives Matter movement.

Crucially though, for trade unionists, this book gives an update and overview on the political situation that is written specifically for a trade union audience, including analysis of the rise of new parties – including the far-right, but also new left parties – and the ebbing in support for established parties, which factor has been particularly concerning across Europe.

Also discussed are factors such as the ratification of ILO instruments (notably collective bargaining Convention No. 98 by Vietnam), the forced closure of unions in Sudan, and the changing political and trade union climate in the Middle East and North Africa where the Arab Spring continues to resonate. The book also profiles the new SAFTU confederation in South Africa, which is discussed together with analysis tying this to broader political schisms that emerged in the wake of the Marikana massacre.

There are also many developments closer to home, with significant additions to the European section, which notes the recent expansion of several non-union employment ‘service’ operations which take no role in collective bargaining, but offer a range of individual services, such as legal aid and access to private social security. These supposedly light-weight organisations, such as the ‘apolitical’ Det Faglige Hus (English: The Professional House), which cheerfully calls itself ‘Denmarks’ cheapest union’, are no longer fringe operations and have expanded rapidly in recent years. While some represent a more conservative approach, there are also signs of new radicalism, such as the teachers’ union in the Netherlands that boasts of its lack of offices, magazines, and in-house legal experts, pitching itself as a more radical alternative to the older unions. Change is also taking place with the established unions: Denmark’s main blue-collar trade union centre LO Denmark has been re-organised and re-named, the Dutch FNV has significantly re-structured, and mergers and consolidation have also taken place in the Spanish unions.

Returning to the deeper political themes profiled for each country in Trade Unions of the World, it is clear that a dangerous global ‘information war’ has been gathering in the internet age, with the insidious role of ‘fake news’. This involves not only the creation and distribution of misleading information, but also the disparaging of real accurate information. The ‘fake news’ era has so far largely plagued political discourse more than labour affairs and, although labour is sometimes still misrepresented, there seem to be comparatively few excitable ‘twitter mobs’ weaving bizarre theories about unions. That said, there have been recent examples of fake accounts purporting to represent unions, and the dangerous global trend to misinformation shows few signs of ending. All this serves as a warning of the need for access to reliable and comprehensive information about the global political situation and the global labour movement. It is to this purpose that ICTUR now publishes Trade Unions of the World.  Since I was first involved in editorial for the book (the sixth edition, fifteen years ago…) this core purpose of giving trade unionists access to clear, reliable and relevant global information seems more important than ever.

Trade Unions of the World: a global reference encyclopaedia for and about the global trade union movement

ICTUR is currently offering a copy of the reference book and a one-year subscription to International Union Rights journal to trade union branches at a heavily discounted rate.  Enquiries: ictur@ictur.org

Dan Blackburn Daniel is a UK-qualified lawyer and has worked at ICTUR since 1999, when he joined the organisation as a researcher. He currently serves as Director of ICTUR and as Editor of International Union Rights journal. Daniel provides technical, consultancy and drafting services to national and international organisations, including a number of global unions. While continuing to work full time at ICTUR Daniel recently completed a Masters degree in Human Rights at the schools of law, philosophy and politics at Keele University, for which he was awarded a distinction grade and won the Patrick Thornberry Prize for Best Dissertation.