"The problem of ‘fire and replace’ will be resolved only if we remove the opportunity and incentive for employers to use it." 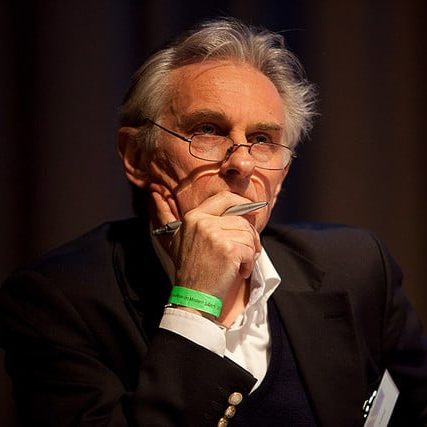 In the last of his three part discussion on the P&O crisis, IER President Keith Ewing looks at the Government response.

Grant Shapps’ nine-point plan in response to the P&O affair has been widely criticised as falling well short of what is required to deal not only with the ongoing dispute, but also with its legacy to ensure that this does not happen again. Yet despite the feigned surprise and faux outrage of the political classes, P&O is not a one off problem, any more than were the other recent corporate scandals.  It is a consequence of the systemic weaknesses of British labour law, which need to be addressed.    So what needs to be done?

First, the Shapps’ plan does nothing to deal with the problem of information and consultation.  The announcement by the Insolvency Service that a criminal investigation is underway into the recent redundancies at P&O makes it premature to propose that the criminal law needs to be modified.  Let’s wait and see.  And let’s wait and see if the law needs to change on directors’ personal liability.   What is clear, however, is that the duty to inform and consult employee representatives needs to change.

It is now widely accepted across the political spectrum that employers should be stopped from making redundancies until consultation duties have been complied with.  There are obvious reasons for such a restriction.  There is also an obvious solution:   it should be open to employee representatives, as well as a government agency (as some have proposed), to apply to the High Court for an injunction to restrain redundancy dismissals until such time as consultation has taken place.

It should also be open in the alternative for employee representatives to apply to the CAC for an order to restrain such dismissals: the High Court is not an accessible forum for those without means.  A CAC cease and desist order could be registered in the High Court; failure to comply with the CAC order would be punishable as a contempt of court in the normal way.  There is also a case for giving government the power to stop dismissals from taking place where the employer has failed to provide sufficient justification.

Secondly, the proposal to extend the statutory minimum wage to British ferries, while welcome, does not address the problem exposed by the P&O affair.  Nor is it enough if the government’s aim is to ensure that British seafarers are to receive ‘fair pay’:  the ‘minimum wage’ is not by any stretch a ‘fair wage’.  The Achilles heel here is the global supply of workers available to work at substandard rates in substandard conditions, enabling employers to import workers to do jobs that cannot be exported.

The aim should be to insist not on the ‘minimum wage’, but on the ‘prevailing wage’.  The practice of ‘fire and replace’ will be stopped only if the employer is required to pay the replacement workers the same as those workers they have replaced.  This may require an overhaul of the TUPE regulations if necessary (now possible that we have have left the EU); better still, it would require a return to sectoral collective bargaining in the ferry (and in other sectors) to set minimum wage rates for the industry as a whole.

In other words, the problem of ‘fire and replace’ will be resolved only if we remove the opportunity and incentive for employers to use it. This can only be done by ensuring that the identity of the employer is irrelevant for pay purposes:  regardless of whether a worker is directly employed by an employer or supplied to the employer by an employment agency or labour supply company, there is a rate for the job determined in negotiations with a trade union that applies to everyone. All should be paid the same rate for the same job.

Thirdly, the government’s plan to privatise enforcement of the minimum wage by the British Ports’ Association appears from media reports to have been rejected by port industry representatives. In that case, there is surely an additional option:   restore the power of trade unions to enforce labour standards.  This could be done quite easily by repealing what was openly acknowledged at the time as anti-ITF legislation when it was introduced by the Conservative government in 1982.

The legislation in question removes legal protection from ITF enforcement action, by denying protection for disputes between trade unions (such as the ITF) and employers (such as P&O). There would also have to be tweaks to the notice and balloting rules.  This would then enable the ITF to boycott any offending vessel.  Along with appropriate changes to the law of secondary action (changes in any event mandated by international law), other port workers would be empowered to support the ITF until the dispute was resolved.

In the recent past, it is conceivable that any such action could have been blocked by the European Court of Justice’s decision in the Viking case, on the ground that such action violated the EU principle of freedom of movement.    But now that we are ‘free’ from EU law, there is an opportunity for the government to cut loose from these restraints. It is bizarre that Rotterdam dockers are currently permitted to take action against P&O which British workers are not.

Fourthly, there is the question of ‘fire and rehire’, dealing with which is necessary if employers discouraged from using ‘fire and replace’, impose inferior conditions on existing staff instead. But it is not clear how the government’s proposal to ensure ‘fair, transparent and meaningful consultations on proposed changes to employment terms’ will help.  We already have requirements for ‘fair, transparent and meaningful consultations’ arising under both collective redundancy law and unfair dismissal law in relation to redundancy.

The ‘fire and rehire’ problem is a different problem and needs a different solution. In fact, there are two problems. So while there is already an obligation under collective redundancy law to consult about ‘fire and rehire’, the first problem is that the consultation occurs too late to be effective.   Consultation needs to take place before the employer formulates proposals to vary contractual terms, to explore other ways to deal with any economic difficulties faced by the business. Cue Barry Gardiner’s private member’s bill.

The other problem also addressed by Barry Gardiner’s Bill is the fact that an employee fired for refusing to accept unilaterally imposed terms will be regarded as having been fairly dismissed. The government’s proposal thus misses the point.  What is needed is a change to the legislation (and the case law thereunder) that currently enables employers to dismiss workers without redress.   Legislation is needed to make clear that it is not a fair dismissal where an employee is fired for refusing to accept a unilateral variation of contract.

Finally, it is all the more remarkable that we should be discussing these problems this year, the year of the 50th anniversary of unfair dismissal law being introduced.  Yet here we are faced with another example of the law’s futility, in the case of P&O not ‘fire and rehire’ as in my view it is wrongly characterised, but ‘fire and replace’. The latter is perhaps the most extreme symptom so far of unconstrained employer power, which has been evident in multiple bad practices for many years, encouraged by a legal regime which is ultimately the responsibility of governments which only radical steps will reverse.

This is the third in a series of articles by Professor Keith Ewing on the P&O crisis. You can read part one here and part two here.