Covid-19: Learning from the past for a better future

A massively expanded state is needed with a greater role for unions and the people themselves - presenting a post-pandemic manifesto. 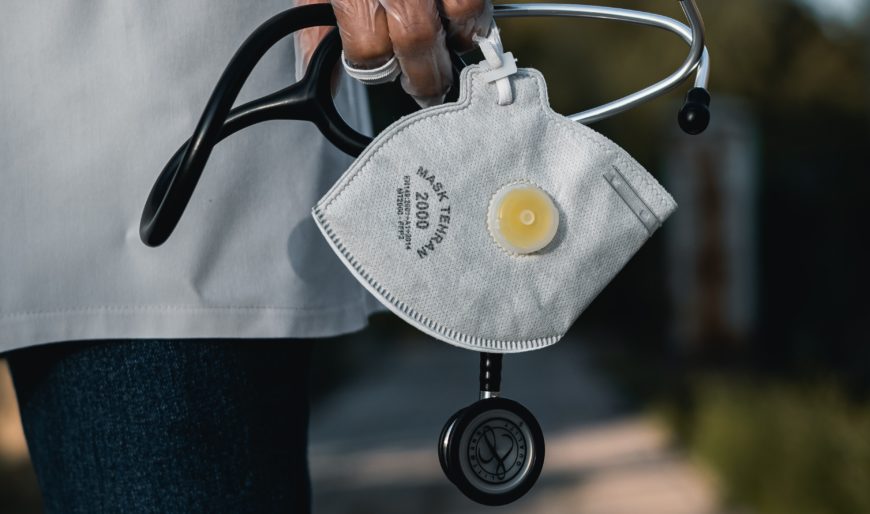 Much has been written in recent months from across the political spectrum about Lenin’s famous aphorism that ‘there are decades where nothing happens; and there are weeks where decades happen’. But apart from a determination that we should not return to the past, little time has been spent reflecting on Lenin’s even more famous question: What is to be done? Now is the time for answers.

The Covid-19 crisis has revealed in sombre terms the true nature of British society, and is testament to the inequalities between us. As we have written before, some of us are more vulnerable to contracting the virus than others, while some are more vulnerable to serious and critical symptoms than others. But it is not just the virus that preys on inequalities. So does the response to it, as well as the likely longer term effects.

The Covid-19 crisis has revealed in sombre terms the true nature of British society, and is testament to the inequalities between us.

Some are able to work conveniently from home, while others are not; and others are able to live comfortably in a period of lockdown, with secure incomes and sufficient space, including access to gardens. But despite the government’s rescue packages, others are having to self-isolate on statutory sick pay, many have lost their jobs, and 1,950,000 have registered for the mercies of Universal Credit since 01 March.

For some, the future looks as bleak as the present, as the impact of the greatest depression for two hundred years begins to dawn. There will be a massive job of rebuilding a broken society, neo-liberalism and buccaneering free market capitalism having totally disarmed the resilience of the State, and revealed itself as no match for a global health pandemic which looks set to claim many victims in the United Kingdom as elsewhere.

In a period of just over a few weeks, we have seen the grim figure of 20,000 deaths in hospitals alone, including many health care workers and other essential service workers, who have sacrificed their lives in the interests of others. This amid claims that the State has failed in its most basic duty to protect the lives of its citizens. We see a failure of politics and public administration on a scale not witnessed in modern times.

But above all what we see is the failure of an economic model as this crisis has incubated and spread: the failure of neo-liberalism, free markets and global supply chains that have now conquered the globe. But this is the model that has stripped States of all resilient capacity and has proved unable to ensure the supply of even the most basic personal protection equipment for workers in the front line.

Indefensibly, those on whom we are all most dependent are the lowest paid and the most vulnerable.

So what about the future? We are reminded of previous crises and the steps taken to address them – their causes and their consequences. They included the revival of the ILO by the Declaration of Philadelphia as the second world war was coming to an end. This is the greatest ever international statement in favour of social justice: although imitated it has never been equalled.

At its core the Declaration of Philadelphia commits to freedom of association and the ‘effective recognition of the right to collective bargaining’, as well as ‘policies in regard to wages and earnings, hours and other conditions of work calculated to ensure a just share of the fruits of progress to all’. In other words, the value of work and its rewards ought not to be determined by the vagaries of a ‘labour market’, but by equity and justice.

Indefensibly, those on whom we are all most dependent are the lowest paid and the most vulnerable. Their critical role as well as their dignity and bravery reinforces the irrationality and unjustifiability of existing wage structures and the imbalance between the low and the well-paid. Above all, it reveals the inter-dependence of all who labour in whatever capacity, and the need to flatten what has become an inexplicable income curve.

If we are to escape the clutches of neo-liberalism, and re-assess our values to rebuild after the crisis, there is a need for a public policy revolution at least as great as that we saw in 1934.

If we are to escape the clutches of neo-liberalism, and re-assess our values to rebuild after the crisis, there is a need for a public policy revolution at least as great as that we saw in 1934, until it was eclipsed by Thatcherism in the 1980s. The Covid-19 crisis has shown the need for a greatly expanded role for the State, a need that will continue as the country faces up to the devastation left in the virus’ wake.

An enlarged role for the big State will create in turn a need for new forms of political engagement and participation: citizens have a right not just to be spoken to by government but to be in government with government. It will also create a new role for trade unions at the highest levels of policy-development and rule-making though sector wide bargaining, and the need for permanent machinery to create a framework for such engagement.

It is now more widely understood that trade unions perform an important role in a free society as intermediate institutions between State and citizen in an open, resilient, democratic society. We need strong trade unions with the power and authority to participate in government, to hold governments to account, and to resist policies that damage the national interest. But this will be only the start, as we look to the past to build a better future.