We need to overhaul the system that allows corporations to produce cheap goods through the exploition of workers in the 'developing' world. 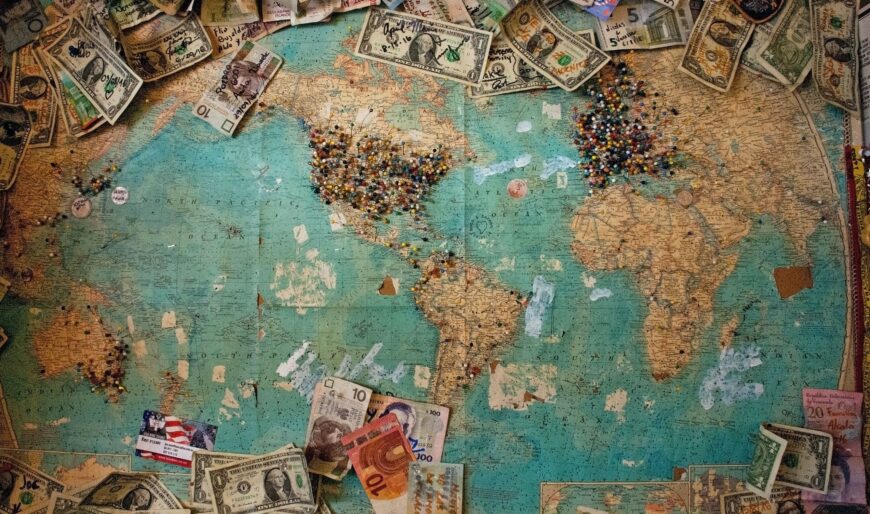 One of the most difficult challenges facing the trade union movement is how to organise and protect workers at the sharp end of international supply chains. Around the world, tens of millions of workers are involved in integrated processes for the production of textiles, electronics, fruit, vegetables and other commodities. The speed with which these global supply chains have emerged has outpaced efforts to regulate them and enabled the transnational corporations at the top of the chains to make huge profits at the expense of those working in factories and plantations. Typically, those corporations will be located in the rich countries of the West and their suppliers based in what are euphemistically referred to as the ‘developing countries’ of Africa, Asia and Latin America.

With no legally binding constraints on their activities, the transnational corporations have been able to use their buying power to force down the prices of the goods and raw materials that they source from the global South. In the garment industry, just in time delivery models and demands for large volumes of apparel at short notice to meet consumer demand and changes in fashion put intolerable burdens on suppliers and their workers in countries such as Bangladesh and China. Banana plantations in Latin America are forced to accept prices from the big supermarket chains in Europe and the US that barely cover the cost of production. On average, only about 2 to 3 percent of the fruit’s retail value goes to the producer. In these circumstances, it is hardly surprising that workers’ wages, terms and conditions are often abysmal and attempts at unionisation fiercely repressed. This is not to justify the conduct of the employers, many of whom still make substantial profits themselves, but rather to illustrate the difficulties for workers and unions, especially in regions where paid work is in short supply.

The neoliberal consensus, policed by the unholy trinity of World Bank, IMF and the US Treasury ensures that the global economy is run by corporations for the benefit of their shareholders.

In the UK and elsewhere, consumers pay little attention to where their goods are coming from and under what conditions they are sourced unless there are shortages, a particularly gruesome occurrence such as the Rana Plaza disaster in 2013, or there are political reasons for highlighting bad employment practices as in the case of our new ‘official’ enemy, China, all of which may make headlines in the corporate press. Amongst NGOs and trade unions there are calls and campaigns to develop binding regulation of transnational corporations with a view to making them responsible for what happens in their supply chains. Unsurprisingly, this has met with resistance from the corporate sector and is fraught with difficulties in making it effective. The EU is developing a corporate due diligence and corporate accountability directive that may go further than existing legislation in Germany, Netherlands and the UK’s Modern Slavery Act requiring companies over a certain size to publish declarations about the integrity of their procurement policies. There are also existing mechanisms for the monitoring and control of corporations, including the UN Guiding Principles on Business and Human Rights, the OECD Guidelines for Multinational Enterprises and the ILO Tripartite Declaration of Principles concerning Multinational Enterprises and Social Policy but they are all voluntary initiatives with no enforcement provision.

At a more practical level, trade unions have signed global framework agreements with large corporations but they too have no enforcement measures and, more often than not, have little effect on what happens at plant level where codes of conduct requiring local managers to adhere to decent labour standards are trumped by economic considerations. Multi-party bargaining agreements comprising of lead firms, suppliers and trade unions have had more success. One of the earliest and most effective examples of the genre was in the USA between the International Ladies Garment Workers Union and what were referred to as ‘Jobbers’ who designed clothes but outsourced the production to unionised contractors, an arrangement that virtually eliminated sweatshop labour in the New York area and lasted from the 1930s until the 1980s, when the new neoliberal era offshored virtually the entire industry. More recently, following the above mentioned Rana Plaza disaster, the Bangladesh Accord on Building and Fire Safety established minimum standards of safety in clothing factories as a result of negotiations between unions, producers, NGOs and some, though not all, of the Western brands that purchase apparel there.

Unless a system of global governance is developed that puts people before profit, it is difficult to envisage that the excesses of corporate power can be curbed.

There have been cases brought in various jurisdictions with a view to making mulitinational companies joint and severally liable for abuses in their supply chains but they have had mixed results. The corporate defence is generally a straightforward denial of responsibility for what happens at factory or plantation level with statements to the effect that there is no obligation for the producer to sell to them if they are dissatisfied with the prices offered. What the corporations have done to at least appear to have some principles is embrace their ‘corporate social responsibility’, which often includes an insistence that their suppliers sign up to codes of conduct which, supposedly, guarantee minimum standards in environmental protection and labour relations. The codes are created and enforced by a plethora of labelling initiatives employing armies of auditors who carry out inspections on farms and in factories which lead to products appearing in shops and supermarkets with labels assuring the consumer that they can rest easy in the knowledge that their purchases come from ‘ethical’ sources. These ‘Multi-stakeholder initiatives’ (MSIs) have themselves become an extremely profitable business. However, only last year the MSI integrity project of Harvard University published a 200-page report entitled ‘Not fit for purpose’ that effectively demolished the claim that they made a quantitive difference to workers’ rights.

Unless a system of global governance is developed that puts people before profit, it is difficult to envisage that the excesses of corporate power can be curbed. 157 of the top 200 economic entities in the world are corporations. It is estimated that Apple is worth more than $200 billion and Google some $150 billion. In our globalised economy, funds can be moved around the world at the push of a button and nation States have neither the ability nor the political will to control them. The neoliberal consensus, policed by the unholy trinity of World Bank, IMF and the US Treasury ensures that the global economy is run by corporations for the benefit of their shareholders. ‘Developing’ countries remain almost entirely dependent on being able to sell to markets in the global North and compete amongst themselves in a desperate race to the bottom. So while it is essential that trade unions continue to fight for workers’ rights within the current system, it is manifestly apparent that the bigger and more important fight is against the system itself.

Bert Schouwenburg is a freelance trade union advisor. He was formerly in charge of international affairs at the GMB trade... Read more »