Flybe's collapse has a lot more to do with the financialisation of modern-day capitalism than it does with a newly discovered virus. 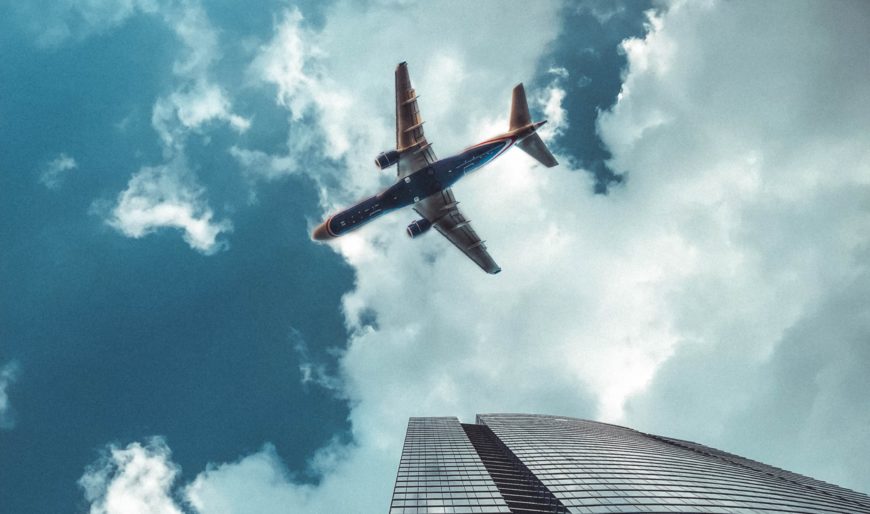 The sudden collapse of Flybe and the loss of over 2,000 jobs demonstrates the limitations of the shareholder corporation to provide basic public goods. Attempts to pin the firm’s demise on the effects of Covid-19 neglect the steadily rolling crisis of corporate governance in contemporary Britain.

Flybe’s business model is critical for three key public policy aims: reducing carbon emissions, providing regional air transport connectivity, and providing a large number of regionally important jobs. To this we can add a fourth, private aim: ‘shareholder value’ and the furtherance of the interests of the airline’s owners. It is perhaps striking then that only one of these four aims has any bearing on the conduct of the business. The interests of the environment, of workers, or of socially necessary and useful service provision have no meaningful standing in company law.

Instead, shareholder primacy drives economic activity. The Virgin Atlantic Consortium, which part-owned Flybe pre-collapse, had bought-in to drive up regional passenger transfers to Heathrow and Manchester for consortium member Delta’s transatlantic flights. Stobart logistics group hoped to increase flights from its Southend airport from 150,000 to 500,000. Private equity group Cyrus Capital were in it for a quick buck. Such aims are in clear contradiction to carbon reduction targets and became unrealisable in a sudden switch from expansion to collapse.

The critique of shareholder governance isn’t just about whether any given activity should be undertaken for private profit. Rather, its about the fact that private profit and capital ‘ownership’ underscores the entire structure of control. In an era of financialised capitalism, boards are primarily finance experts. The firm and its securities are understood as a product in financial markets, and the role of Directors is to provide a firm that its ‘customers’ in the capital market prize the most. Understanding the money markets and how to please them is the number one skillset. This has been the fundamental rationale of the entire framework of UK law and governance since the ‘big bang’ deregulation of markets in the early 1980s. Corporate governance reforms ever since have consistently enhanced shareholders’ governance role – such as the ‘say on pay’ – and have consistently failed.

Corporations are government-like in their powers, but fundamentally undemocratic. The State is their co-creator, granting the capacity and protections of corporate personhood and limited liability.

Policymaking in a crisis

This market model leads to policymaking in a crisis. The controversies over the government’s intervention in Flybe highlight the growing mismatch between the shareholder governance model and the public interest. Flybe is a typical case of the Hobson’s choice presented by every looming corporate collapse: bail out wealthy owners or thousands will suffer. The 2008 bailouts came about from the failure of private regulation of the banks, whose shareholders were making far too much money from toxic financial products to reign them in. Carillion’s financialised and monopsonistic business model co-evolved with a programme of austerity outsourcing to collapse with devastating effect. The UK ‘care market’ has been rocked by private equity greed and mismanagement. Examples come thick and fast: British Steel, Thomas Cook.

In the case of Flybe, the government’s initial response was to cut passenger duties on domestic flights in direct contravention to the government’s climate targets. Realistically, the managed decline of domestic air travel would be a policy aim, coupled with expansion of low-carbon alternatives and the adoption of ‘just transition’ principles to protect workers and regional economies. The fact that a return domestic flight can typically cost half that of a train ticket, as a result of both under-investment in rail by private operators and public subsidies for air travel reveals the absurdity of the current relationship between the state and the private sector.

The limits of ethical investment

The ‘ethical investment’ debate recognises the need for environmental and social protection to be channelled into corporate management, but it is wildly over optimistic about the potential for this under a purely profit-driven model. The shift to climate-ethical investment will only drive change when it’s too late. Divestment will only hit share prices when no one else is willing to buy. Even if profitable polluters were to struggle raising capital on public markets, they would soon find private buyers. The risk is that ‘ethical investment’ simply upholds the shareholder primacy model.

The private-public nature of large firms

Corporations are government-like in their powers, but fundamentally undemocratic. The State is their co-creator, granting the capacity and protections of corporate personhood and limited liability. The hierarchies inscribed in company and employment law grant them their governing authority. The democratic regulatory state is also a market-maker, whether through outsourcing, procurement or educational training and R&D. Further, it is increasingly, at the end of a decade where the majority of stock market gains have come from quantitative easing, the primary source of shareholder profit.

The pretence that the activities of major corporations are solely private concerns, which underpins the legal structure of ‘owners rights’ has to end. We need new ways to build-in the interests of workers, communities and the environment to the way in which companies operate.

This is a fundamental issue that cross cuts Brexit, poor labour market and productivity outcomes, action on climate change and the supposed ‘levelling-up’ agenda. The Tories may have discovered a newfound interest in industrial strategy, and may even loosen the purse strings a little, but the dedication to market models of private ownership and governance is unshakeable.

Enhancing social dialogue in economic development by building in the role of trade unions, and ensuring a just transition along the lines of the green new deal is key to multiple contemporary challenges, but needs to be combined with a radical expansion of democracy to the governance of large firms.

This article forms part of the IER’s Employment Rights and the Shareholder project.