HSE enforcement of health and safety laws in workplaces fell by 40% in 2020. 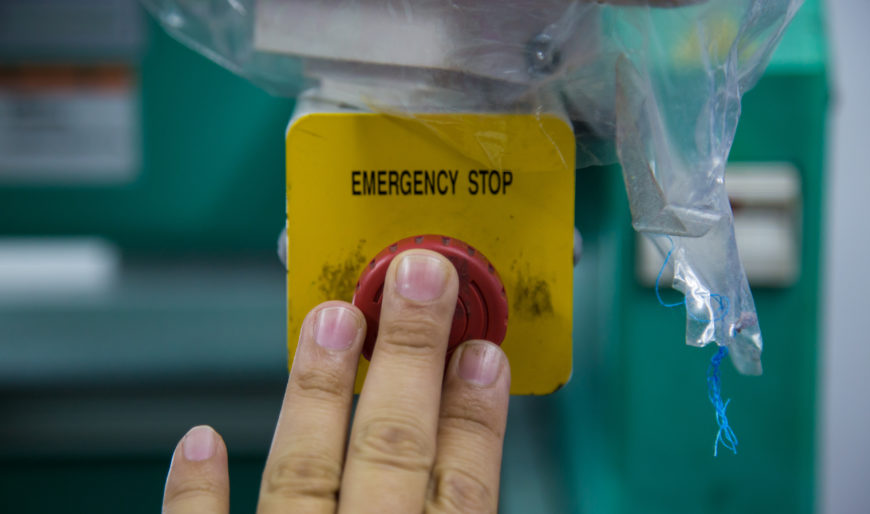 In the first week of the current lockdown, the Health and Safety Executive (HSE) received 2,945 reports of employers breaking Coronavirus rules and putting their staff at risk. In response, it did nothing.

This surprises no one who has spent decades watching the slow disintegration of health and safety laws and regulation in the UK. But when Boris Johnson confidently announced that workplaces were “Covid-secure” back in May – and that he could guarantee this through HSE “spot-checks” – I and my fellow academics in the field were astonished.

Over the last ten years, the HSE has been hit by real-terms funding cuts of 58% from central government, leading to a 36% fall in staffing levels that left it so under-resourced that the statistically average workplace could expect an inspection just once every 275 years. Unsurprisingly, the number of enforcement notices issued fell by 36% in that time and convictions for health and safety breaches dropped by 39%. The £14m cash injection Johnson said would support the HSE in its now urgent role as purveyor of “Covid-security” would barely make a dent in the £98m the government had siphoned away in the preceding decade.

There was no question we were being set up for a disaster, but new analysis conducted by myself and a team of health and safety experts brought together by think tank, the Institute of Employment Rights, has now revealed the true extent of the crisis at work. In the first six weeks after Johnson claimed that work was “Covid-secure”, not one visit had been made to the most vulnerable of workplaces – care homes – to confirm they were operating safely. After four months, only eight such visits had been made, we discovered through a Freedom of Information request.

when Boris Johnson confidently announced that workplaces were "Covid-secure" back in May – and that he could guarantee this through HSE "spot-checks" – I and my fellow academics in the field were astonished.

It quickly became clear why. Initially, HSE inspectors were being shielded from visiting Johnson’s “Covid-secure” workplaces in case they were not, in fact, Covid-secure. What’s more, the regulator was explicitly told not to use any of its funds to train new inspectors, so having dropped nearly a third of its inspectors (28%) over the last ten years the HSE was forced to outsource inspection to private companies. These firms used public money to set up call-centres that made 15-minute phonecalls to employers to ask if they were following the rules. To the surprise of no one, the employers said they were. Workers, though, disagree – those surveyed by the TUC in August indicated that over a third of workplaces were in breach of the law.

Rule-breaking employers were unlikely to be caught, however, since despite the extra funding and privatised manpower, the HSE managed 40% fewer inspections between April and September than it had in 2019 when we were not, of course, fighting a major pandemic. Is it any wonder that not one employer has been prosecuted for breaking Coronavirus rules, while almost every day we hear of a citizen being fined for doing so?

So how did this happen? The IER team has serious concerns that this entire endeavour suffered due to undue political influence on the HSE. We first saw evidence for this in guidance to employers issued by both government and HSE in May. Despite over 45 years’ worth of health and safety legislation dealing with workplace risks including microbial hazards, all 14 documents published notably made only passing, if any, mention of employers’ legal responsibilities to their workers, or of their workers’ legal rights. In fact, we argue that advice to have workers face away from each other where social distancing measures cannot be maintained will in many cases contradict legal duties on the provision of Personal Protective Equipment (PPE). Given the government’s assertion that construction workers should not wear PPE, it begins to look as though the HSE is simply parroting government messaging, especially when contrasted with the stronger guidance issued by the Scottish and Welsh governments.

the HSE managed 40% fewer inspections between April and September than it had in 2019 when we were not, of course, fighting a major pandemic.

But what can one expect from an agency so controlled by the constant threat of yet more government cuts? In a soon-to-be-published report of our findings, we recommend that measures are taken to ensure the political independence of the HSE, such as by drawing on the United Nations’ Paris Principles already used to safeguard the independence of human rights agencies.

Further, with nearly 100,000 already trained trade union health and safety representatives in the UK, we propose the introduction of co-enforcement strategies, where trade unions and State regulators work together. These have been put to successful use in comparative economies in Europe and there is already a large body of research in both the UK and US showing trade union presence has a significant and positive impact on workplace safety.

Most importantly, we call for a major independent inquiry into the future of health and safety regulation. Once misrepresented and mocked in the press, the importance of functional health and safety regulation has been exposed by this pandemic, as have a wide range of other long-neglected social issues, such as economic and racial inequality. We can only hope this is the wake-up call needed to turn things around.

Phil James is Professor of Employment Relations at Middlesex University. He has researched and written extensively on a wide variety... Read more »

END_OF_DOCUMENT_TOKEN_TO_BE_REPLACED

Mapping the international labour movement: From the slave trade to fake news