The current law prohibits agencies from supplying workers to perform ‘duties normally performed by a worker who is taking part in a strike. 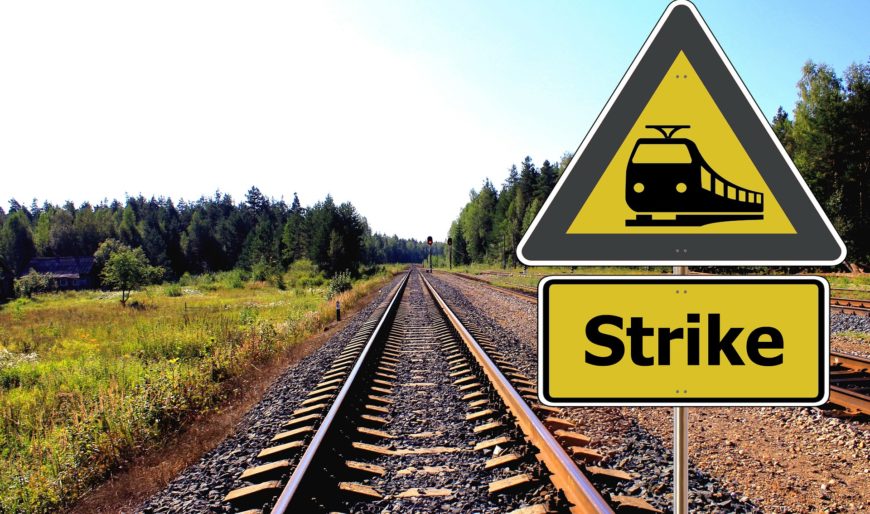 In responding to the rail dispute, the government has proposed to change the law prohibiting employers from using agency labour as strikebreakers. The current law prohibiting agencies from supplying workers to perform ‘duties normally performed by a worker who is taking part in a strike or other industrial action’ is to be found in the Employment Agencies Regulations 2004 (SI 2004 No 3319), regulation 7, made under the Employment Agencies Act 1973. I am assuming that what the government has in mind is a revival of the proposal to allow agency supplied strikebreakers that had been made by the Cameron government at the time of the Trade Union Act 2016. These plans were never implemented, and may have attracted some opposition from employers as well as trade unions, in the former case because of their impracticability, as well no doubt as a desire on the part of reputable agencies to avoid the controversy associated with strike breaking.

That apart, the government’s reheating of an idea long past its sell by date raises three legal questions which ought to be explored. First, is the use of temporary labour as strikebreakers lawful under the United Kingdom’s international legal obligations? Here there are several ratified treaties that are particularly relevant, of which the most important is ILO Convention 87. The latter has been interpreted by the ILO Committee of Experts to include protection for the right to strike, the ILO Committee of Experts being recognized by the European Court of Human Rights (and others) as ‘a point of reference and guidance for the interpretation’ of ILO Conventions. The Committee’s interpretation of these Conventions is thus generally regarded as authoritative; in its wide-ranging jurisprudence on the right to strike it has for some time taken the view that

‘provisions allowing employers to dismiss strikers or replace them temporarily or for an indeterminate period are a serious impediment to the exercise of the right to strike.’

The ILO Committee of Experts has already concluded that British law does not do enough to protect strikers from being replaced. This is because of the inadequate nature of our unfair dismissal law, which provides protection for those engaged in lawful industrial action for only the first 12 weeks of the dispute. During the 12-week period workers can be temporarily replaced if the replacements are recruited directly by the employer; and after the 12-week period has elapsed, the striking workers can be permanently replaced if depending on the circumstances unfair dismissal protection ceases to apply. Addressing this latter weakness of British law specifically, the Committee of Experts has said that protection against dismissal for only 12 weeks before being replaced is an obstacle to ‘the effective exercise of [the right to strike], which constitutes an essential means for workers to promote and defend [their] interests’. The government’s current proposals will compound the mischief.

The ILO Committee of Experts has already concluded that British law does not do enough to protect strikers from being replaced. This is because of the inadequate nature of our unfair dismissal law.

The second question is what are the consequences of legislation introduced in breach of international law? The trite constitutional law answer is that there are no domestic legal consequences unless the treaty has been incorporated by legislation into domestic law. ILO Convention 87 has not been incorporated in this way with the result that any breaches must be pursued in international law alone, and international law provides no meaningful remedy or sanction. However, since Brexit the position has changed. Non compliance with ILO conventions may also be a breach of the EU-UK Trade and Cooperation Agreement, by which the current government post-Brexit undertook to comply with various international treaties by which in turn it is already bound. The effect is that non compliance with these treaties is not only a breach of the treaties in question, but is unlawful on the additional ground that it is a breach of the agreement with the EU.

So, the EU-UK TCA provides by Article 387 that the parties must not reduce labour standards in relation to ‘fundamental rights at work’ (not defined, but almost certain to include freedom of association and the right to strike) in order to secure some competitive trading advantage. This is not likely to be the motivation of the government in relation to strike breaking agency workers and is therefore unlikely to be relevant. However, by Article 399(2) the parties are also committed to ‘respecting, promoting and effectively implementing the internationally recognised core labour standards, as defined in the fundamental ILO Conventions’. These include ILO Convention 87. For reasons explained above, legislation such as the revocation of SI 2004 No 3319, regulation 7 to thereby allow agency supplied strikebreakers is probably a breach of ILO Convention 87 as interpreted by the ILO Committee of Experts. If so, it is also a breach of the EU-UK TCA.

The third question then is this:  are there any additional legal consequences for breaching the TCA? One answer is that there are procedures in the treaty that allow for disputes to be initiated by either party and to be addressed by what is essentially a conciliation and mediation process which is likely to take years and is unlikely to produce a satisfactory outcome. In any event, it is unlikely that the European Commission would regard the revocation of regulation 7 to be sufficiently serious, though it is conceivable that it could form part of a bigger dossier to include multiple breaches of ILO Conventions (as well as the European Social Charter), of which the United Kingdom is a serial violator. However, another answer is that the European Union (Future Relationship) Act 2020, passed to give legal effect to the TCA, includes provisions whereby the government has agreed in some circumstances that the domestic courts should enforce the TCA.

The key provision of the 2020 Act is section 29. In some circumstances this gives very wide powers to the domestic courts to ‘modify’ legislation in order to give effect to the TCA. Notably, this requirement does not apply where the legislation is passed after the 2020 Act was enacted. In the case of the strike-breaking agency workers, however, the government is planning to proceed not by primary legislation but by exercising powers under the pre-existing Employment Agencies Act 1973. It is at least arguable that these pre-existing powers are constrained by the 2020 Act, s 29 so that they cannot be used in a way that will violate the TCA and the obligations thereunder. If this argument is correct, the government is constrained by its own hand from legislating to revoke regulation 7 by secondary legislation. To do so lawfully may require primary legislation – an Act of Parliament – with the delay and inconvenience to the parliamentary timetable that this will entail.

All this of course depends on the judges, in whom confidence has taken a serious knock in recent months, most recently because of the embarrassment in the Rwanda debacle. The United Kingdom Supreme Court in particular has quickly developed a new Brexit inspired orthodoxy based on notions of parliamentary sovereignty that diminish the significance of international treaties in British judicial reasoning. But this is different. The courts have been instructed by Parliament in the European Union (Future Relationship) Act 2020 to modify pre-existing legislation to give effect to the TCA. The anticipated revocation of regulation 7 by regulation under an Act of Parliament passed in 1973 provides an opportunity for the courts to do their duty and assert their independence, in the process leaving an authoritarian government with another bloody nose.