My Bill creates a single legal category of 'worker' to give all those who work for a wage the same statutory rights. 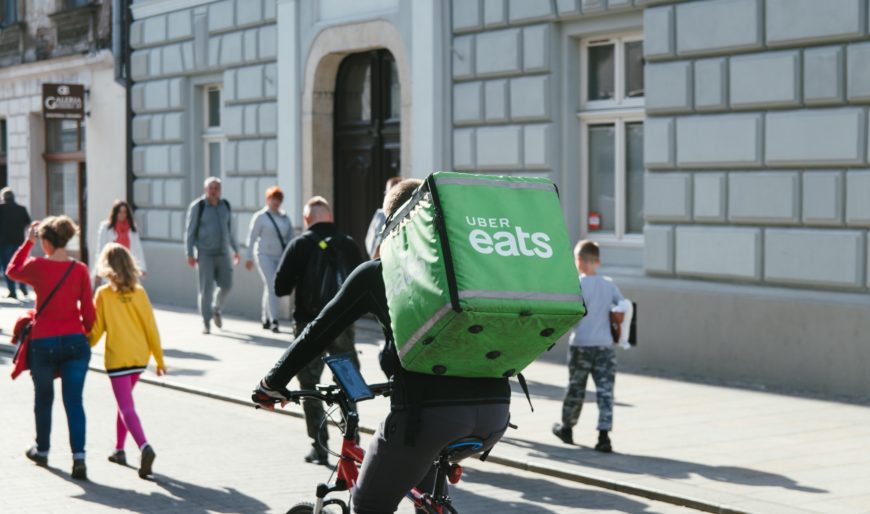 Despite promising an Employment Bill on several occasions since it was elected in 2019, the government has now dropped the idea from its legislative programme.

It has recognised that a number of things need to be put right for Britain’s 32 million workers and vowed in its election manifesto that it “will build on existing employment law with measures that protect those in low paid work and the gig economy” by introducing “a raft of measures”. But nothing has been done.

So I have drafted a Bill to deal with a particular problem, one acknowledged by the Tories.

The Bill goes beyond the recommendations of the Matthew Taylor Report ... to bring Britain back to the single status of "worker" which is the basis of many of the international treaties ratified by Britain.

At the outset, I should say that this Bill is not the most important change that Britain’s workers require – that is a law setting up collective bargaining for each sector of the economy – but the Bill does deal with a critical issue.

The issue is that current law permits employers to classify workers into legal categories, many of which do not have the statutory rights which Parliament has stipulated employees should have.

When we say “worker”, we mean anyone who works for a living. Let’s list the present legal categories of workers.

First, there are “employees”. They are entitled to all the statutory rights (so long as they have been employed long enough).

Then there are the so-called “limb (b) workers”. These are workers who have a contract but not a contract of employment.

So they only get some of the rights that employees have, e.g. national minimum wage and paid holidays. They don’t get protection against unfair dismissal, parental leave, and so on.

This is the status that the Uber drivers achieved in their Supreme Court victory earlier this year.

Limb (b) workers are common in food delivery, taxi and other service industries.

Next there are the bogus self-employed workers. These are workers whose arrangements are dressed up by the employer to look as if they are self-employed but who, in reality, are employees.

They are not entitled even to the national minimum wage, paid holidays – not even some health and safety protections.

We are all familiar with bogus self-employment in the construction industry.

Finally, there are the workers with “personal service companies”, (PSCs). These are workers who, usually at the request of the real employer, have had to set up a PSC in which they are the sole employee (sometimes with another worker), a company in which they (or a member of the family) are the major shareholder and director.

The trick here is that on the face of it they have full employment rights – but only against their own company.

The real employer is insulated against any responsibility whatever for their rights. PSCs are common in parcel delivery and construction (and many other sectors).

It would stop the worst employers free riding on the State by using categories for their staff that avoid the employers having to pay national insurance, tax and pension contributions.

Under the Bill all these categories would merge together and all would be classified as “workers” with all the statutory employment rights.

There is another category of worker which will not be covered by the Bill. These are the genuinely self-employed in business on their own account with their own clients and customers.

Examples are the owner/driver taxicab driver (“mushers” as they are known in London), the barrister, the self-employed painter and decorator, the jobbing electrician, the gigging musician, the novelist, and so on.

The problem is a growing one. Many employers are using the excuse of the pandemic to worsen the terms and conditions of their workers – as we see in the spate of recent instances of “fire and rehire”. One of the techniques they are using is to downgrade their workers from one category to another to cut the burden of the rights that go with the higher category.

The Bill goes beyond the recommendations of the Matthew Taylor Report some years ago – but most people thought that that report didn’t go far enough anyway.

It would go a long way to bring Britain back to the single status of “worker” which is the basis of many of the international treaties ratified by Britain.

It would not be applauded by the employers’ bodies, though the CBI and others do recognise the problem.

In fact, it would benefit employers generally since it would prevent greedy, uncaring employers undercutting good employers who are prepared to afford their staff full employment rights. It would also stop the worst employers free riding on the State by using categories for their staff that avoid the employers having to pay national insurance, tax and pension contributions.

The Bill is obviously intended to benefit the workers. Employers often try to persuade irregular workers of the benefits of a lesser status on the basis that it guarantees flexibility. But the truth is legal status has nothing whatever to do with whatever flexibility employers confer on their workers – that flexibility can just as easily be enjoyed by employees, if the employer was prepared to concede it.

This article was originally published by the Morning Star

END_OF_DOCUMENT_TOKEN_TO_BE_REPLACED

Why we need a Right to Food